All about Roquefort Cheese

Roquefort is France’s second most consumed cheese, with around 3 million cheeses produced each year. Bright white in paste, with distinctive mould veins that are more green in hue than blue, Roquefort is a French ewe’s milk cheese, with a pronounced saltiness.

Despite its huge levels of consumption and fame across the world, there are currently only 7 producers of Roquefort. We work with the smallest producer Le Vieux Berger – a family business with only 10 employees who have been handmaking their wonderful Roquefort cheese for three generations.

How is Roquefort matured?

Roquefort’s protection dictates that it must be matured in the 2km long natural cave system “Combalou”.

A series of earthquakes and landslides in the Combalou plateau millions of years ago created the unique site with natural faults called 'Fleurine'. These faults ensure that the temperature and humidity remain constant throughout the year, because when the temperature outside the cave is higher, the faults draw air inwards and downwards, and when the temperature rises in the caves, the air is drawn upwards and outwards. The mould that gives the cheeses it distinctive characteristics, penicillium roqueforti, can be found in the soil and growing on the walls of the caves. Such is the symbiotic nature between the cheese and the caves.

The region's climate is extreme with hot, dry summers and cold winters, which particularly suits the hardy sheep of the Lacaune. 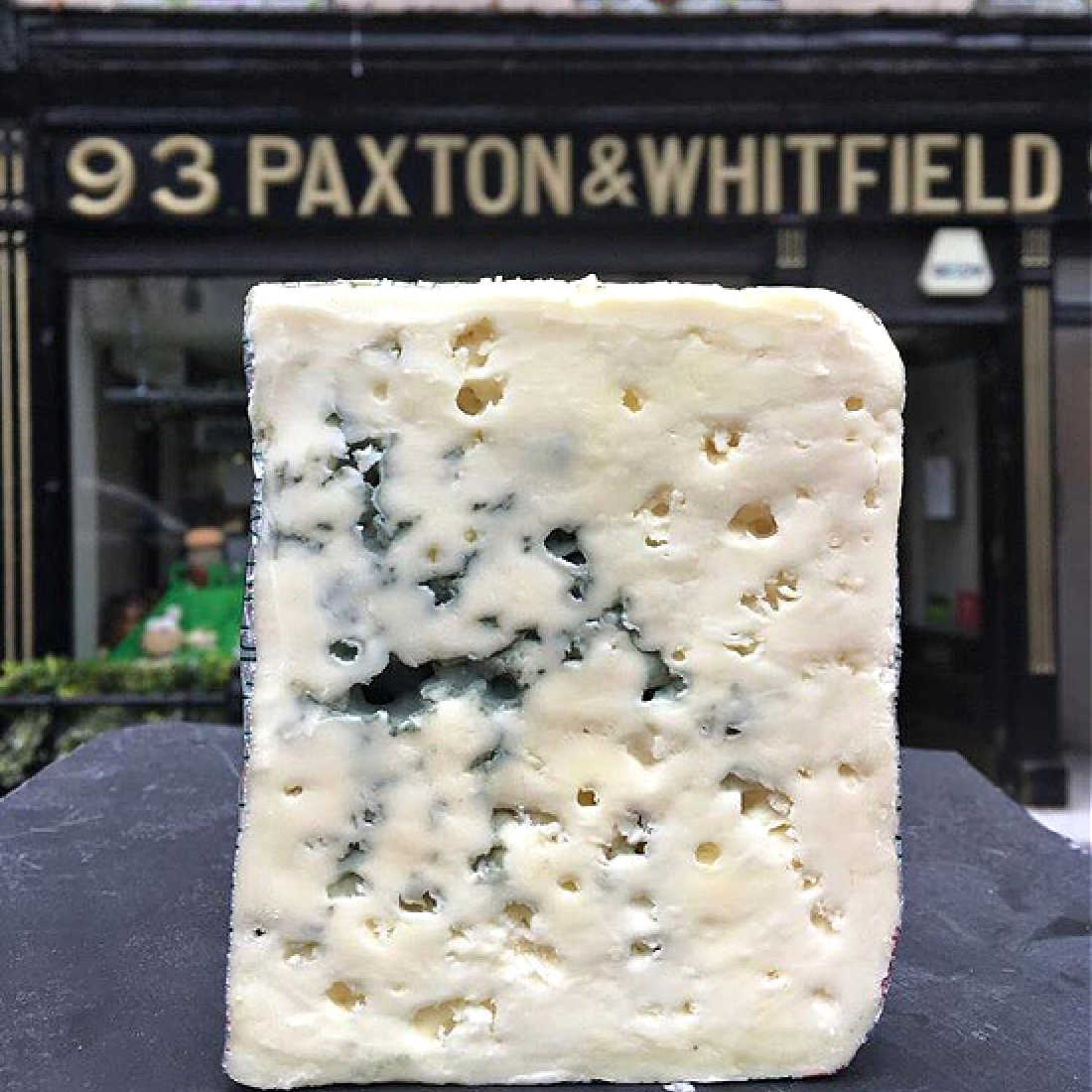 Young Roquefort is fairly firm in texture and has a mildly metallic taste; evident over the sweet quality of the ewes' milk and bite of the blue veining. With age, the Roquefort takes on a creamier consistency, and the blue veins reach right to the edge of the cheese. Our cheese is much older, aged for 9 months and is very strong and spicy, with an openly sweet and rich flavour coming from the milk. Classically paired with the dessert wine Sauternes or our Paxton & Whitfield Monbazillac.

What are the conditions of the Roquefort PDO?

There are seven key elements of the Roquefort PDO – interestingly the first French cheese to ever be granted the protection in 1925.

1. All milk used must be delivered at least 20 days after lambing has taken place.

2. The sheep, specifically of the Lacaune breed, must be on pasture, whenever possible, in an area including most of Aveyron and parts of neighboring départements. At least 75% of any grain or fodder fed must come from the area. Interestingly, prior to the protection in 1925 the cheese was often made with cows' and goats' milk as well or even a mixture of the milks dependent on the season.

4. The addition of rennet must occur within 48 hours of milking.

5. The Penicillium roqueforti used in the production must be produced in France from the natural caves of Roquefort-sur-Soulzon.

6. The salting process must be performed using dry salt.

7. The whole process of maturation, cutting, packaging and refrigeration of the cheese must take place in the commune of Roquefort-sur-Soulzon. 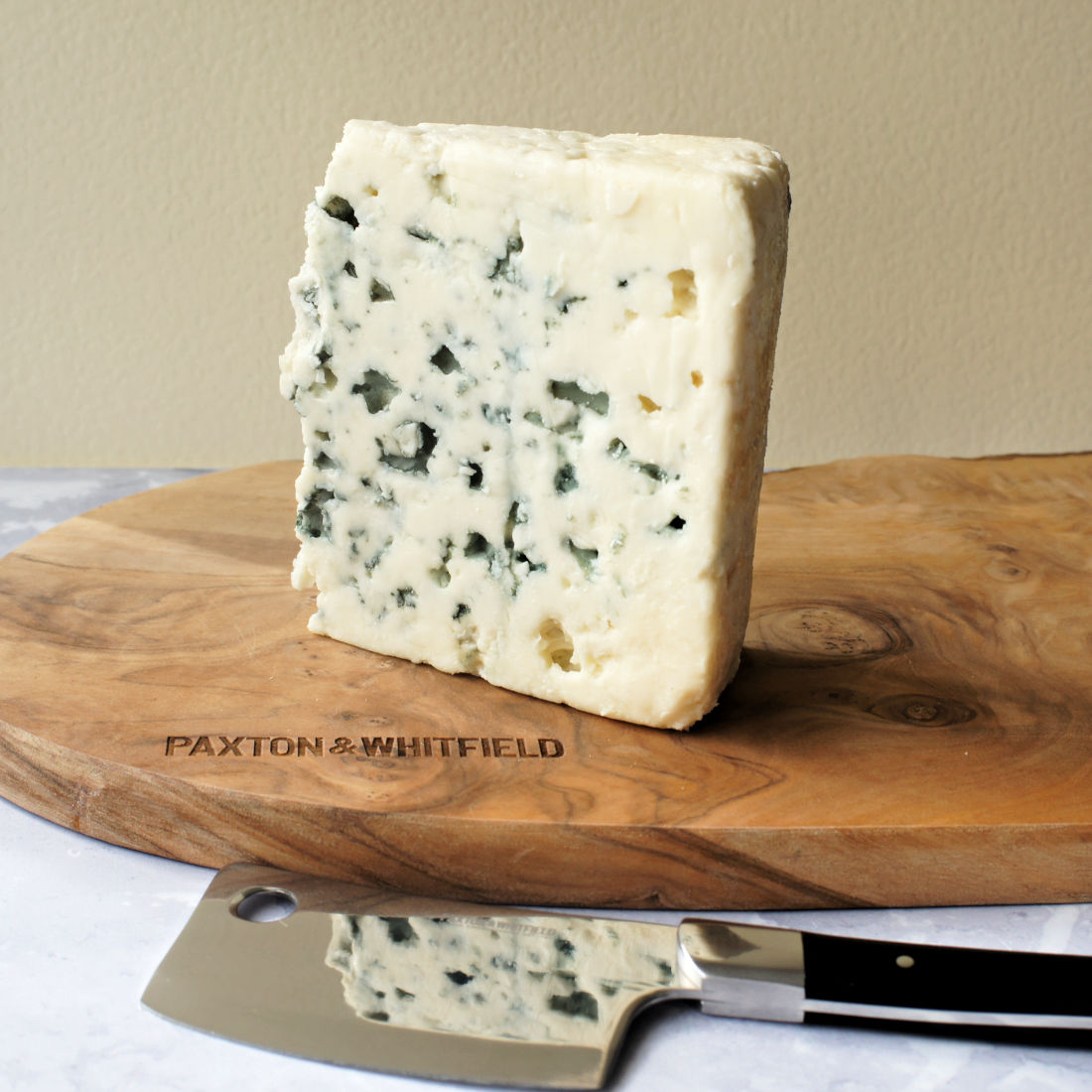 Tags: Roquefort cheese , All about Roquefort , Roquefort PDO , Roquefort taste
Related products
Roquefort
Young Roquefort is fairly firm in texture and has a mildly metallic taste evident over the sweet quality of the ewes' milk and bite of the blue veining. With age, the Roquefort takes on a creamier consistency, and the blue veins reach...
Details
Monbazillac
Dessert Wine for Cheese The Paxton & Whitfield Monbazillac shows its quality over many others with the underlying vein of fresh, fruity acidity which cuts through the sweetness to stop the wine from being cloying as some can...
Details