The dish, Gratin Dauphinoise, was first mentioned in the 1780s when it was served at a grand dinner hosted by Charles-Henri, Lieutenant General of the Dauphiné region in the South East of France.

This indulgent French classic is traditionally made simply with potatoes and cream. The addition of cheese is mildly controversial (although notably, renowned ‘King of Chefs and Chef of Kings’ Escoffier, does include cheese in his recipe) though perhaps the choice of a British rather than a French cheese could be considered somewhat rebellious. We love the umami-rich earthiness that the Cheddar brings, whereas a cheese like a Comté, whilst absolutely delicious, can be a little sweet.

Celeriac, sometimes known as celery root, is a knobbly vegetable that, in our household at least, causes much head-scratching when it arrives in the veg box. It has a lovely gentle celery note, lightly bitter but still pleasant. This slightly more complex flavour saves the dish from being too rich compared to the potato heavy original. We find the best result is achieved by a mixture of celeriac and potato for a lovely balance.

Serves 3-4 as a side dish. We highly recommend as an accompaniment to Roast Pork.

1)  Preheat your oven to 190°C (170°C fan) Gas Mark 5.
2) Peel your potatoes and celeriac. Then slice your celeriac and potatoes as thin as you can. You should be aiming for the thickness of a £1 coin or less. The peel on a celeriac can be really quite thick, so do persevere.
3)  Slightly bash your garlic cloves with the back of a knife and along with the cream, milk and butter tip into a pan.
4)  Bring to a simmer, stirring occasionally to allow the garlic to infuse the liquids and the bottom not to catch.
5)  Add your sliced celeriac and potatoes and cook over a low heat for around 6-7 mins until just cooked. You will need to gently stir as they cook to prevent the vegetables from sticking together or getting stuck on the bottom of the pan. 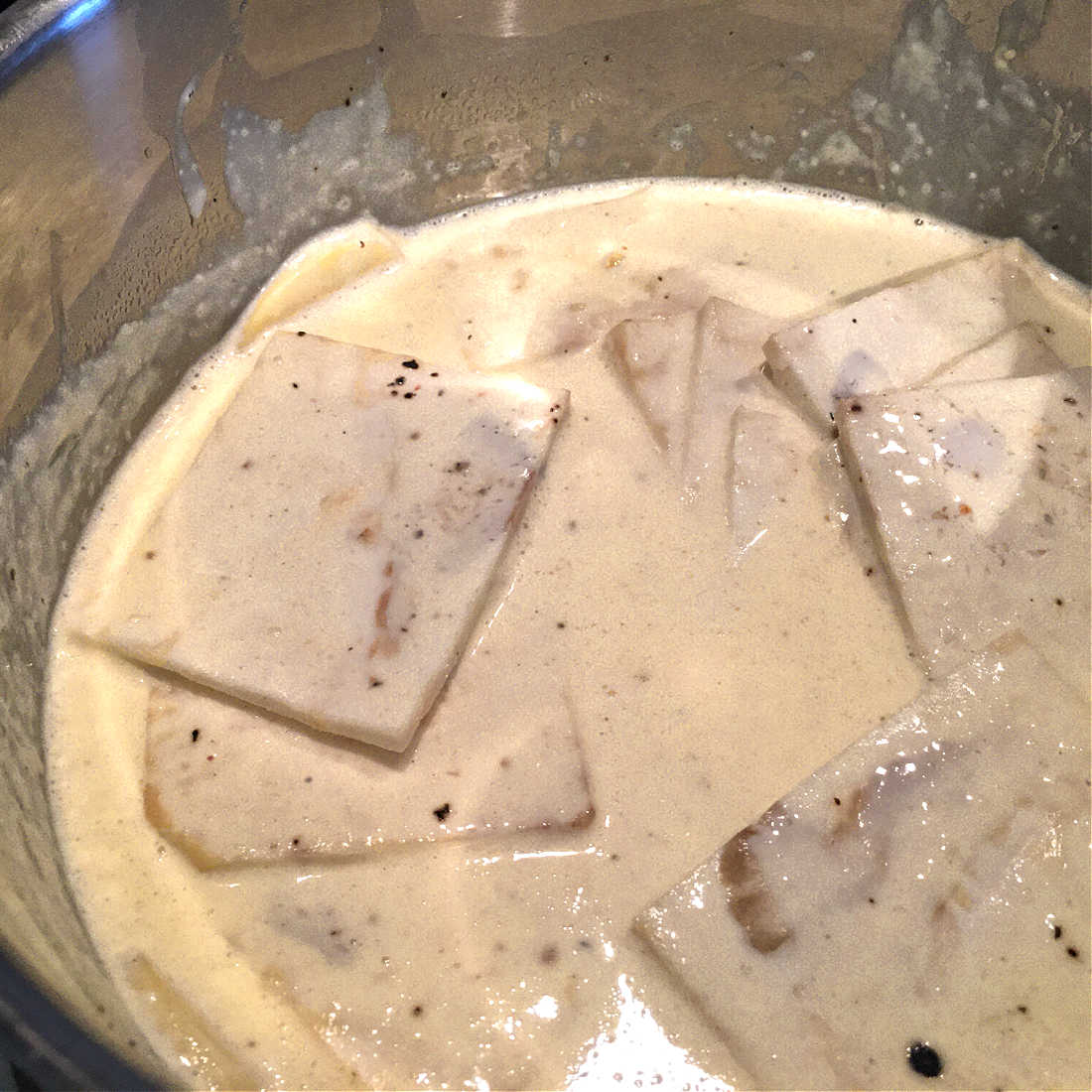 6)  Using a slotted spoon remove the potatoes and celeriac from the pan and place them evenly in a shallow ovenproof dish.
7)  Remove the garlic and then pour the creamy liquid little by little over the top of your vegetables, allowing it to permeate through the layers. There should be enough so that there’s a little excess on the top.
8)  Evenly sprinkle the cheese across the top and then grate a little fresh nutmeg.
9)  Bake for 25 mins. It’s worth checking if the celeriac and potatoes are soft at this point using a sharp knife. If not then return to the oven for a further 5-10 minutes. If the top hasn’t browned quite as much as you’d like it’s also worth popping under the grill for 5 minutes for an extra crispy finish. 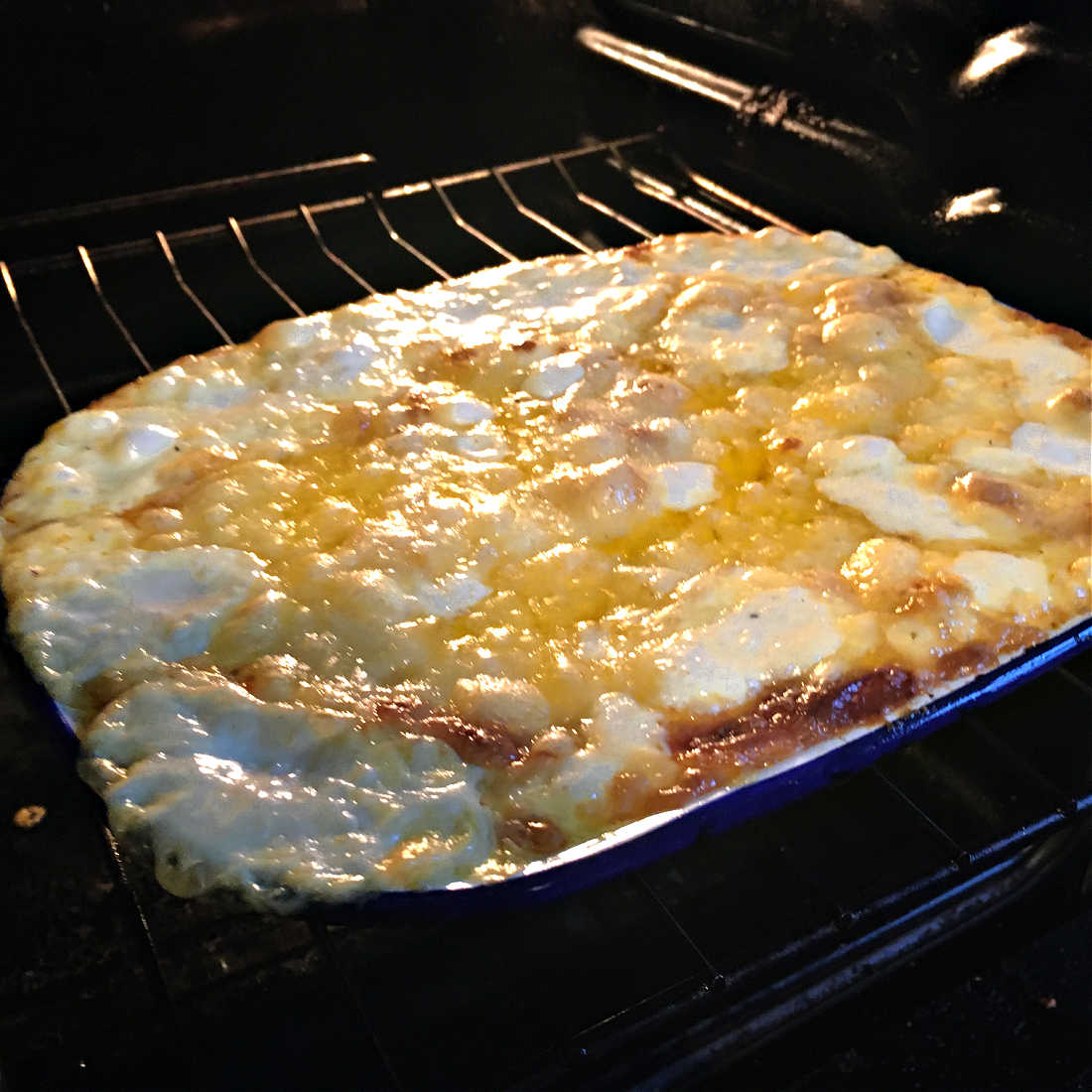 10) Once out of the oven, set aside for 5 minutes. This will allow the cream to set a little. 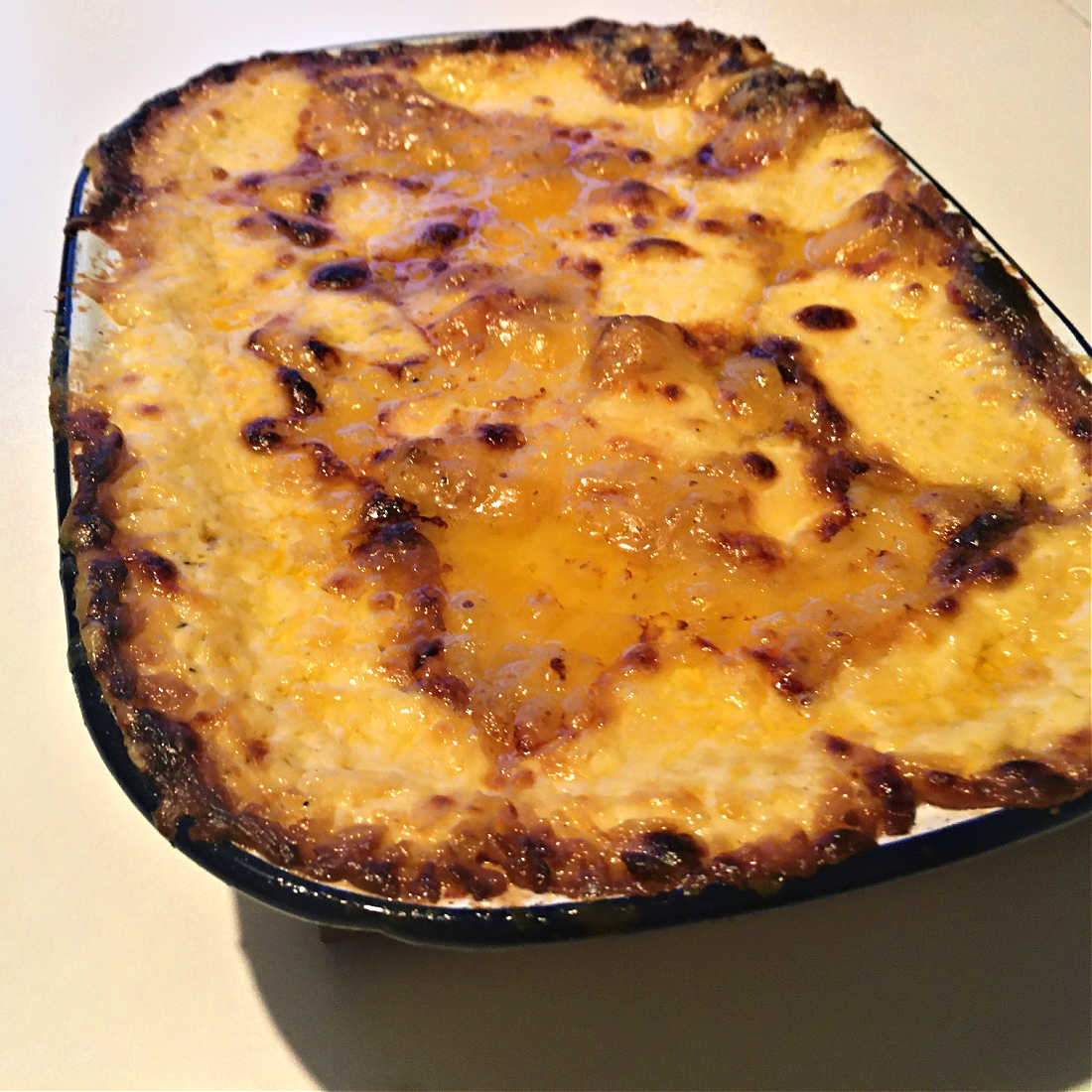 Tags: Celeriac & Montgomery Cheddar Dauphinoise, Montgomery's Cheddar, Cheddar Recipes
Related products
Cheddar - Montgomerys
Westcountry Farmhouse Cheddar Made With Raw Milk Montgomery's Cheddar is one of very few cheddars to be made by hand in the Westcountry using traditional rennet, unpasteurised milk and pint starters - something that qualifies it as a...
Details