One of the most popular dishes at our evening with The Cheese Bar, London this week was the Tartiflette. Follow our recipe to create your own delicious version.

Tartiflette is a newcomer amongst the classic, French recipes. A simple combination of basic ingredients invented in the 1980s solely with the purpose of marketing a delicious, regional cheese.

So how has the latter been so readily accepted into the revered folds of French Cuisine? 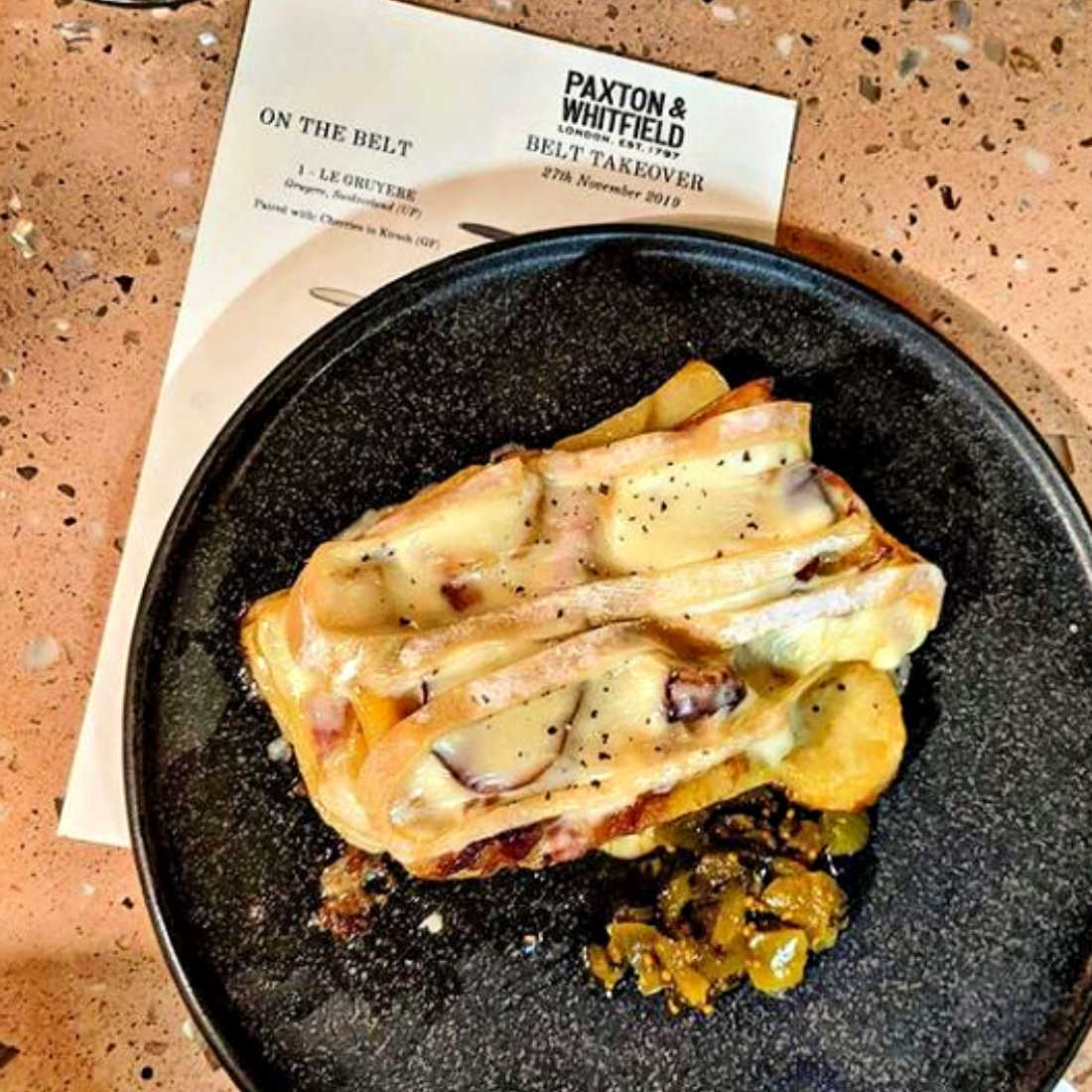 The cheese which elevates this simple potato, bacon and cream dish is Reblochon, a soft, washed-rind cheese produced since the 16th century in the Aravis valley region of the Haute-Savoie department. Possessing tang, a warm saltiness and a rich aroma, it is also a cheese with an equally delicious history. Named after a tax-evading process when the local monks or lords came calling, the farmers would only half milk their cows, pay tax on the production, and then milk the cows again, or ‘reblocher’. The remaining milk, although not plentiful, was creamy and rich and was made into cheese.

When the sales of this traditional cheese started to sag in the latter decades of the twentieth century, Le Syndicat Interprofessionnel du Reblochon developed the Tartiflette recipe to recapture the attention of the public and reignite its interest in the cheese.

They based the recipe on a type of potato gratin with onions and cheese called a Péla, but added lardons and cream. With the ingredients being so rich, the recipe was immediately popular in cold weather and in the ski resorts of the Alps.

It is very easy to make a bad Tartiflette. There are many recipes available with short cuts to lessen the cooking time, and as with many French cheeses where the same variety of cheese can be made by different producers or matured by different affineurs, it is very easy to buy a second-rate Reblochon, often no better than a rubbery, industrial brie. To fully capture the potential of this savoury recipe, you must therefore be prepared to be patient with the cooking time, and to source a good example of the all-important cheese. Paxton & Whitfield Reblochon is matured by Joseph Paccard in the Aravis valley where the cheeses are taken from approximately 30 small producers in the locality then matured on pinewood shelves in underground caves.

It is recommended to eat Tartiflette with a glass of cold, crisp white wine to lessen the effects of a rich meal on the stomach.

Not having been around for as long as many classic recipes, there is still a bit of variation to be found within Tartiflette recipes, but a very good variation to try is as follows:

Parboil the potatoes until they are slightly soft but still firm in the centre. Drain and leave to cool.

In the meantime, melt half the butter in a heavy based pan and slowly fry the onions, lardons and garlic until everything has started to soften and go brown. Add the wine and reduce until almost all liquid has gone. Take the pan off the heat and add the cream along with sea salt and a generous amount of black pepper.

Slice the potatoes and heat the remaining butter. Sauté the potatoes until golden brown, making sure they do not start to break up. Slice the cheese through the centre horizontally.

Arrange half the potatoes in the base of an ovenproof dish and tip half of the onion and bacon mixture over the top. Add the bottom ring of cheese.

Repeat the layers, topping with the remaining half cheese, rind side up. 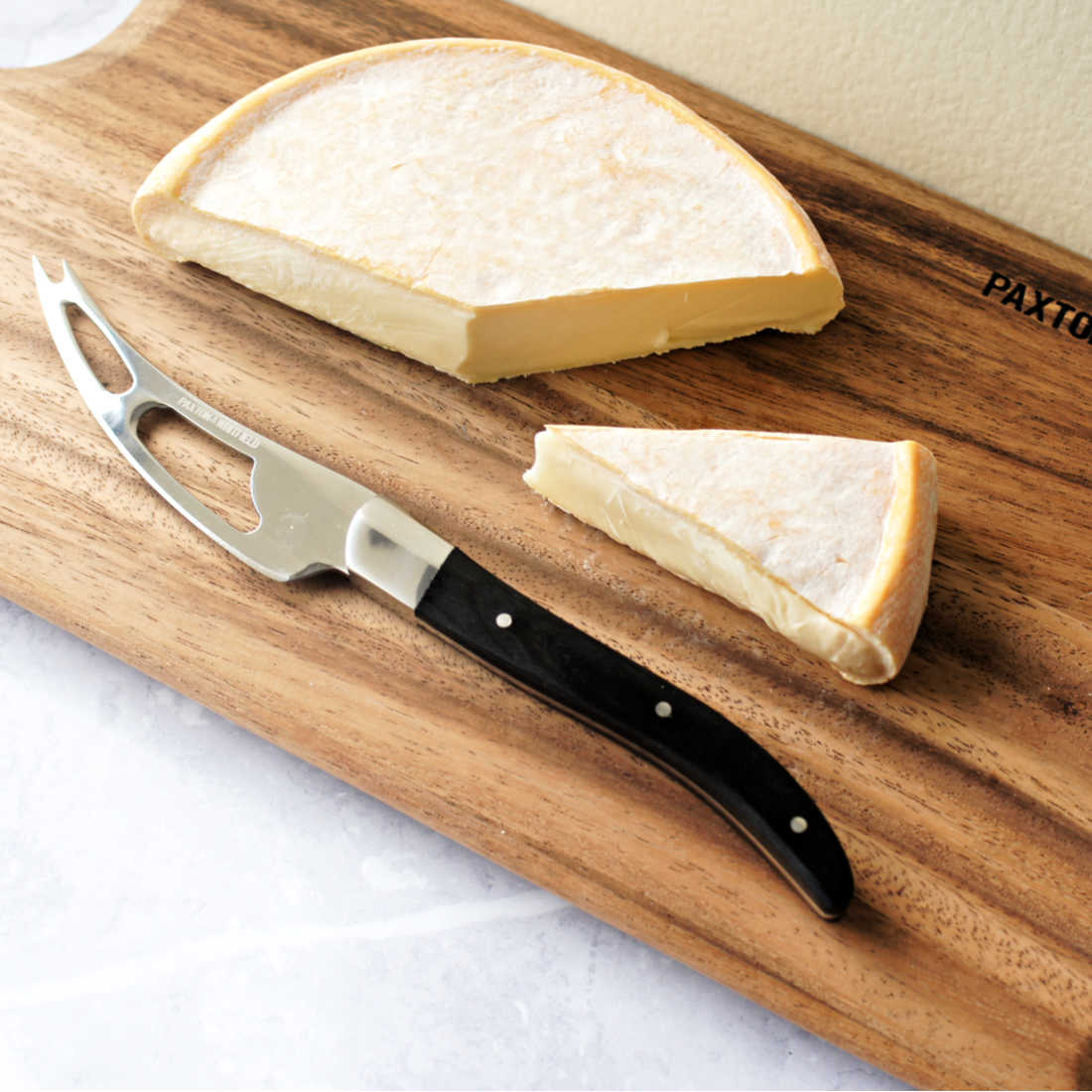