What is Mont d'Or? 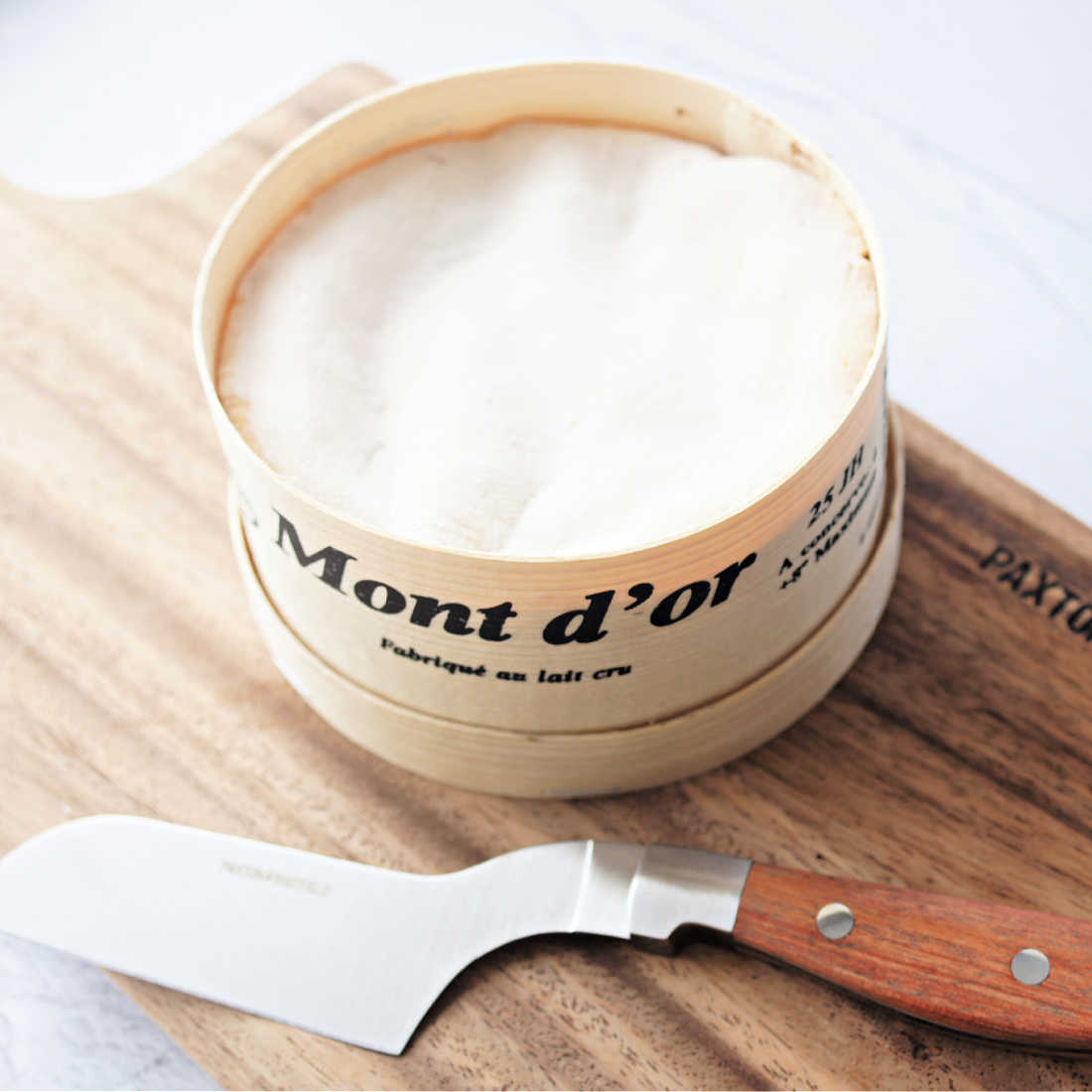 Mont d’Or, also known as Vacherin de Joux and Vacherin du Haute-Doub, is available for only a few months of the year, produced between 15th August and 15th March, to be exact.

It’s made when Montbeliarde or French Simmental cows are brought down from their high summertime pastures in the Mont d’Or massif in the Haut Doubs area of the Jura mountains on the borders of Switzerland.  (In Switzerland, the cheese is known as Vacherin Mont-d’Or, and is made slightly differently using heat treated milk.) 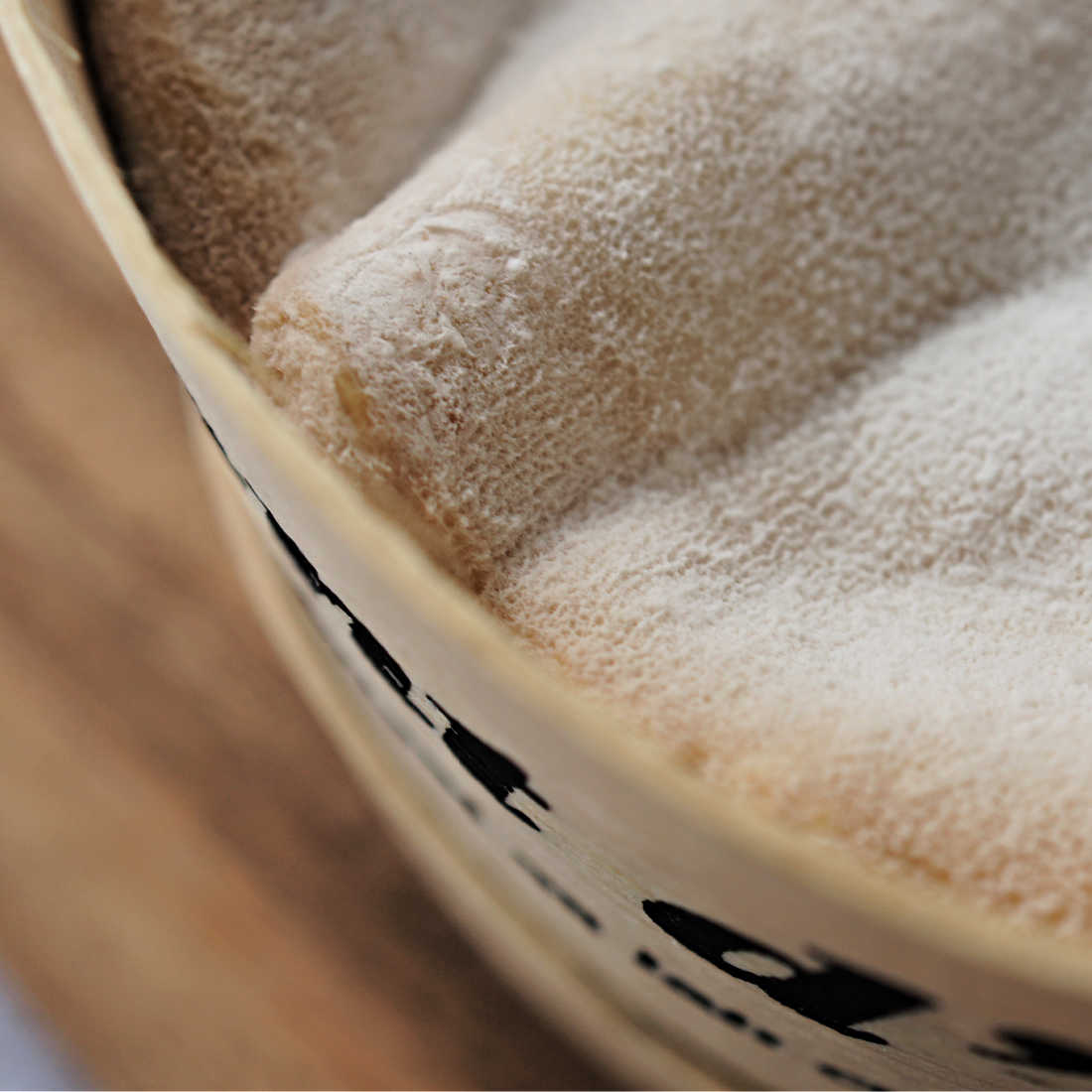 During the summer the milk from these cows is used to produce famous large cheeses such as Gruyere and Comte. When their milk yields reduce in winter, the producers begin to create the smaller Mont d’Or, though this is still a milk-hungry cheese requiring no less than seven litres to produce one kilogram of cheese!

Like many of our artisan cheeses, Mont d’Or has a Protected Designation of Origin (PDO) to ensure it cannot be imitated.  Producers have to abide by stringent regulations, for example they are restricted to using the raw milk of Montbeliarde or French Simmental herds which can only be fed on grass or hay, not fodder, and the cheese should be produced at an altitude of 700m.

Despite its availability from August, for us, ‘Vacherin season’ begins in mid-October when the cheese meets our taste profile, though the timing is never exact.

Not surprisingly, we are very particular about the flavour and texture being just-so before it reaches our customers, but we believe it’s worth the wait!

You’ll find it packaged in a round wooden crate and surrounded by a band of spruce which adds flavour and gives the rind a distinctive, crinkled appearance rather like the jagged mountain region of its creation.

You can eat it as it is, spooning the gloriously oozy cheese onto your plate.  Alternatively, you simply remove the plastic wrapper, place the lid on the box, wrap it in foil and place it in a pre-heated oven for about 15-20 minutes until the centre goes nicely gooey.  Cut through the top rind and enjoy scooping out the cheese with fresh, crusty bread.

Order your Mont d'Or online or in our shops 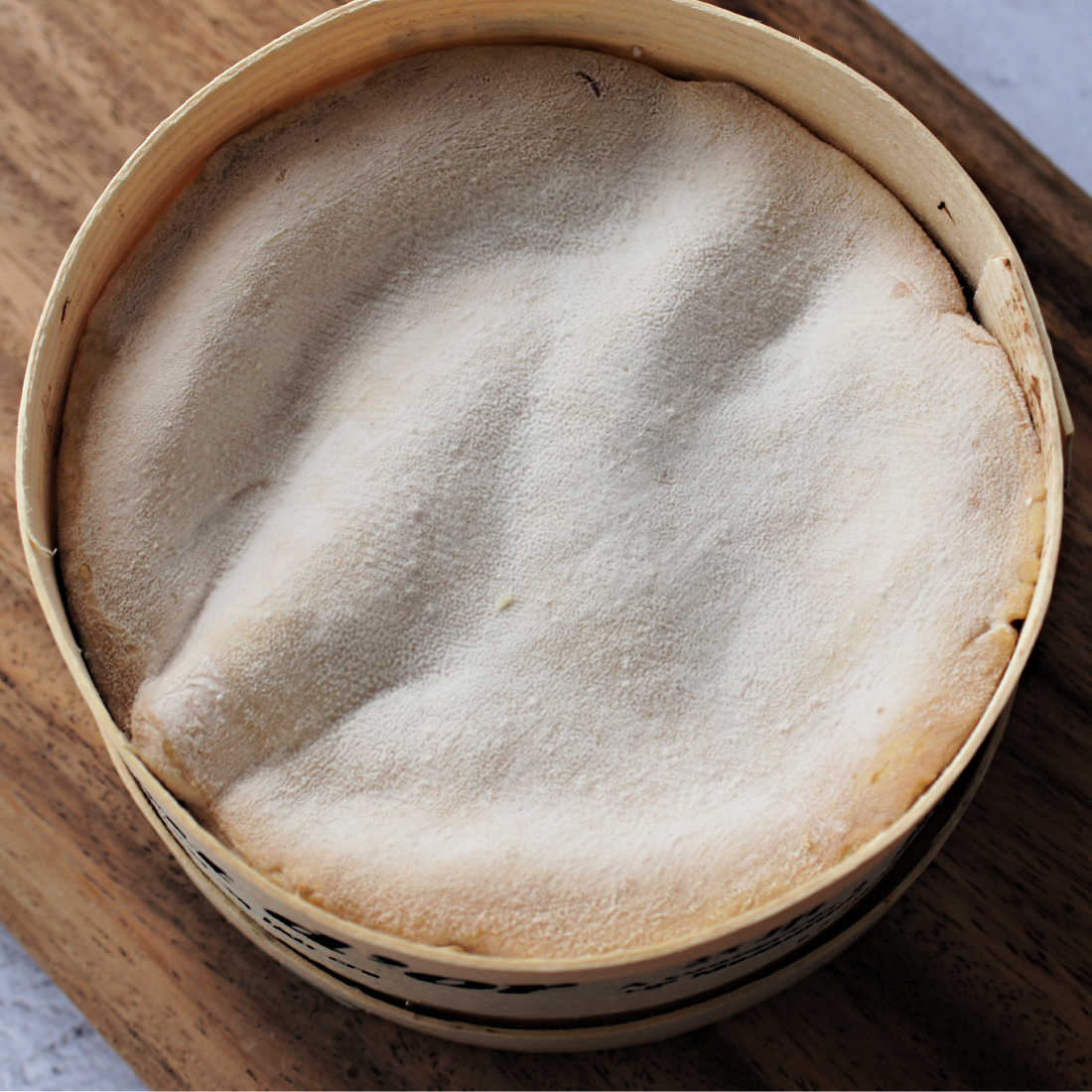