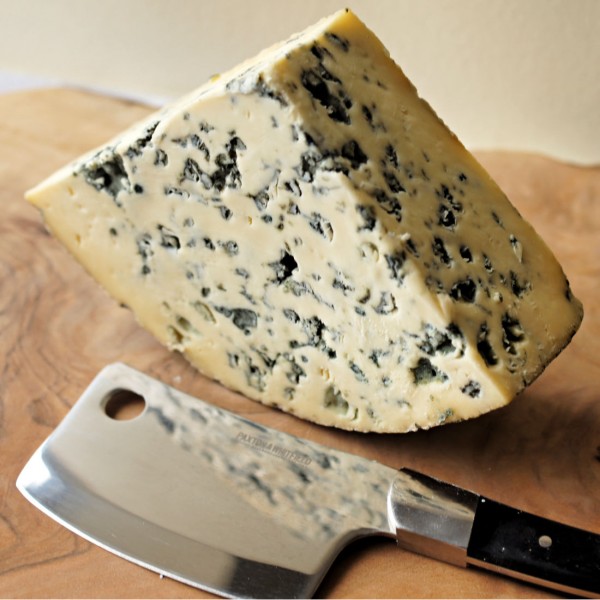 A superb Welsh blue cheese, golden in colour, with a creamy, gently salty taste that grows stronger with maturity

£8.25 per 250g
Pasteurised Vegetarian Rennet Cow
No bundles available for the selected variant. Please select another variant for bundle offers.

Perl Las, meaning 'Blue Pearl’ in Welsh, is made by Carwyn Adams of Caws Cenarth near Cardigan in the heart of West Wales. This is a family cheesemakers started by Carwyn's parents, Thelma and Gwynfor, in 1987 in response to milk quotas which had an effect on the price of milk. Thelma and Gweynfor decided the best option was not to have to close their dairy all together but to diversify into cheese making which has been a huge success ever since and they have not looked back once.

Perl Las is made by hand. Sea salt is rubbed into the rind after it has formed as this allows for slower intrusion of the salt than if it were dipped in brine. It is then stored on rollers to allow plentiful circulation of air during maturation. Once they have reached maturity, the cheeses are foil wrapped and further matured to develop flavour. Each batch is tasted to ensure it is of optimum quality before being sent out.

Perl Las is unlike any other blue cheese. It is strong in taste yet delicate enough for most discerning palates. Its flavour is initially rounded and creamy with blue overtones which linger in the mouth.