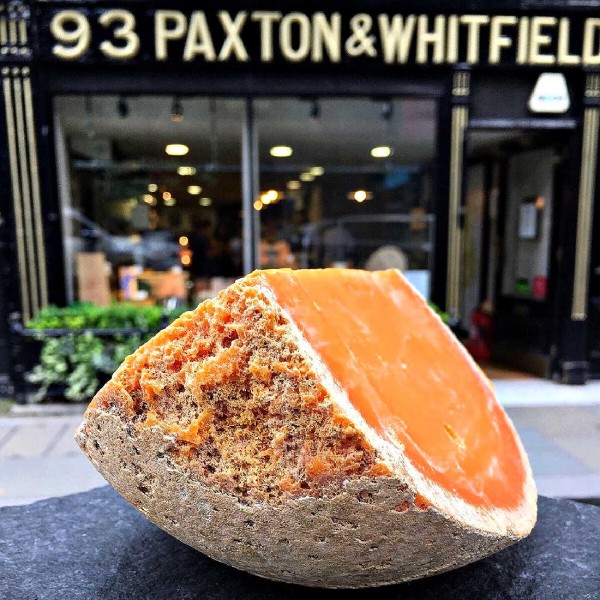 A very hard and mature speciality cheese, with a distinct russet-coloured interior and a beautiful caramel flavour.

Somewhat of a cult classic amongst cheese lovers, Mimolette is sometimes affectionately known as the ‘canon ball’ due to its size, shape and density. Our Mimolette is aged for at least 24 months, resulting in an incredibly hard cheese reminiscent in flavour and texture of Cinder Toffee. Deep salted caramel notes are offset by a rich umaminess.

Mimolette starts out like any old pressed cheese, but at one or two months old, it’s taken to a special chamber and inoculated with artisons (cheese mites also called cirons). They nibble relentlessly, burrowing into the crust, aerating the cheese, and dramatically reducing the Mimolette's bulk. But then after they are put on, they also have to be controlled: Maturing the cheeses involves storing them in damp cellars and turning them every week. At the same time, the surface of the cheese is brushed to remove cheese mites that feast on its surface. As the cheese ages, evidence of mites can be seen in the pitted and moon-like surface which appears on the cheese. As well as making it easier to open, the mites impart a certain earthy flavour to the cheese as well as aerating the pate inside the crust. The newly-formed Academy of Cheese labels Mimolette as a ‘flavour-added cheese’ in the same vein as a Wensleydale with cranberries!

Louis XIV was very fond of Dutch Edam, but a war between France and Holland started in 1672 and an embargo was put on goods traded between the two countries. Louis refused to go without and Flemish cheesemakers were instructed to start making their own cheese on the French side of the border.