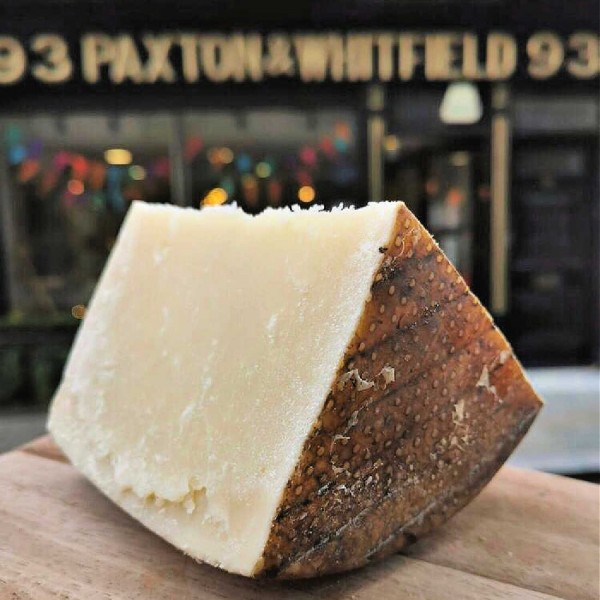 Pecorino Sardo is a firm cheese, (also known as Fiore Sardo) from Sardinia, Italy which is made from the milk of the Sardinian sheep.

The rind varies from deep yellow to dark brown in colour and encases a paste that varies from white to straw-yellow. The sharpness of the flavour depends on the length of maturation and is different from its more famous cousin, Pecorino Romano as Sardo is richer while Romano is much more biting and salty. Pecorino Sardo is delicious in applications where the Romano would overpower, such as in pesto or with fruit.

It is a Protected Designation of Origin (or DOP) cheese, which means it has to be made to a particular recipe in a specific geographical region. It is a hard cheese made from fresh whole sheep's milk which is curdled using lamb or kid rennet. The mixture is poured into moulds that will give the cheese its characteristic shape and after a brief period immersed in brine, the moulds are lightly smoked and left to ripen in cool cellars in central Sardinia.