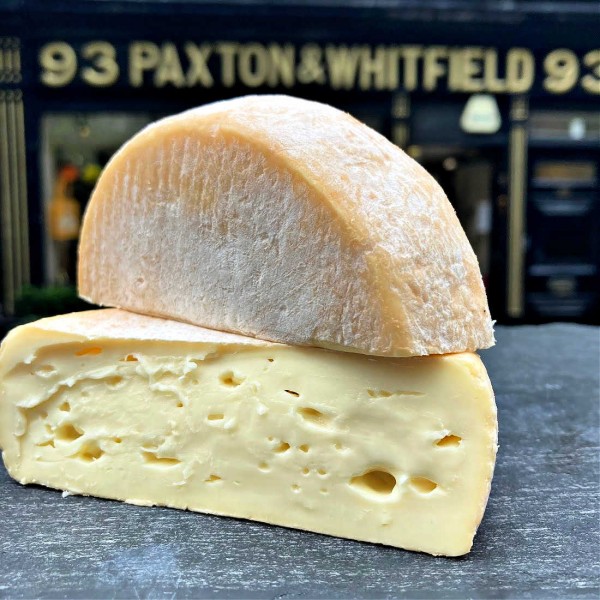 Yarlington cheese is the product of a collaboration between award-winning cheesemaker David Jowett, cider maker Tom Oliver and Sam Wilkin. It is made using organic, pasteurised milk from both Friesan and Shorthorn cows from Manor Farm in Gloucestershire.

The process for making the cheese is similar to that of Evenlode and Rollright cheeses. A brine solution and Tom's Yarlington Mill 2019 cider are used to gently wash the rind. Yarlington itself is named after Yarlington Mill in Somerset. The home of the first example of the Yarlington Mill apple is now one of the cornerstones of British cider making.

The perfect pairing for Yarlington cheese can only be a chilled bottle of Yarlington Cider.