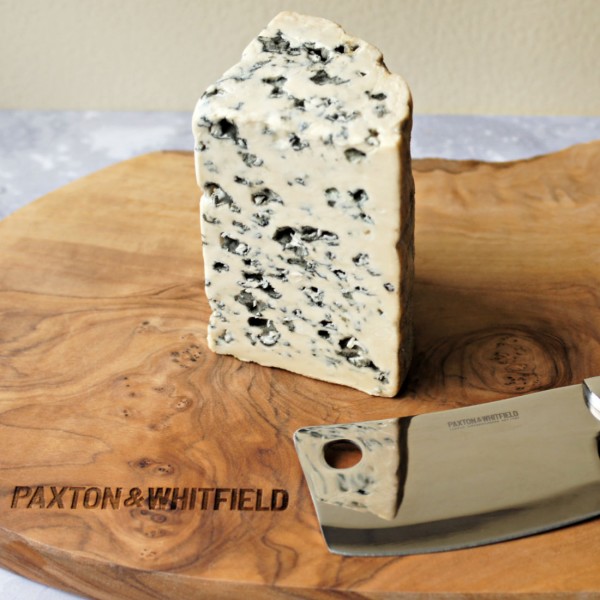 £6.75 per 250g
Not for export Pasteurised Traditional Rennet PDO Cow

Fourme D'Ambert has evidently been in existence from an early age, with legends existing from the 8th century which attest to its consumption. It was originally made in the 'jasseries', a collection of buildings where people lived, kept their animals and made cheese. These traditional dwellings surrounded the mountains of the Haut-Forez and comprised a hayloft, stable and living area where the cheese was also made. At the beginning of the 20th century, facing the decline in production of the cheese on the summer mountain pasture of Forez, the dairies moved to the Eastern side of the mounts of Forez and by 1950 there were around 15 dairies collecting milk from this small area to make the cheese. Production then quickly spread further afield, outside the mounts of Forez, to regions including Cantal, Dore and Balbigny.

Fourme D'Ambert obtained a Protected Designation of Origin (PDO) in 1972 and has since then been subject to specifications in its production. These include the fact that the cows producing the milk must be put out to pasture and grass should form the basis of their diet, being sourced from the region within the area of its designation. To make the cheese, milk is collected from the designated farms every two days and then put into a vat where it is kept overnight before being heated to 32 degrees. The blue moulds (Penicillin Roqueforti), the starter culture and rennet are added to curdle the milk and then this is cut by a master cheesemaker and stirred for more than one hour to help the separation of the curds and the whey. Whilst being stirred, the mixture forms a fine skin, called the cap, which protects the tender nature of the curd. During this process, little gaps form between the curds thanks to the firmness of the 'cap' which stops the curds sticking together completely. They are then placed into moulds which are stored in a warmer room and turned several times over 24 hours to enhance the drainage. Once drained, the cheeses are salted by hand with fine salt, or immersed in brine for several hours, and then moved to a ventilated room for two days. After this time, the cheeses are then pricked with large needles in order to create air holes to let in the oxygen and spread the blue mould veins. The cheeses are then matured for at least 28 days to develop their softness and fragrance, in which time the rind forms and the blue veining spreads to the heart of the cheese.

Nuts about Prunes
Paxton & Whitfield’s exclusive new Prune and Hazelnut preserve has been handmade in the French Pyrenees by an artisan producer.
Shop Now
Olive Wood Platter
These attractive hand crafted olive wood cheese boards carry the Paxton & Whitfield brand and each has its own unique styling. They are produced from olive trees that no longer produce fruit and trees are continually being planted to...
Shop Now
Confit Quince & Apple
One of our confit range, this Quince & Apple Confit, hand made in the French Pyrenees, is the perfect fruit accompaniment to blue cheese with its piquant taste.
Shop Now
Monbazillac
This is a delicious dessert wine from vineyards overlooking the Dordogne. An ideal partner for many cheeses especially Roquefort, Fourme D'Ambert and Bleu D'Auvergne or, in fact, any dessert. Only available to customers aged 18 and over.
Shop Now
Featured Item!
Paxton's Cheese Knives Set of Three
A set of three impressive Cheese Knives with stainless steel blades and riveted black polished handles. The set contains a hard and soft cheese knife and a hatchet for use on very hard, aged cheeses. The blades are etched with the...
Shop Now