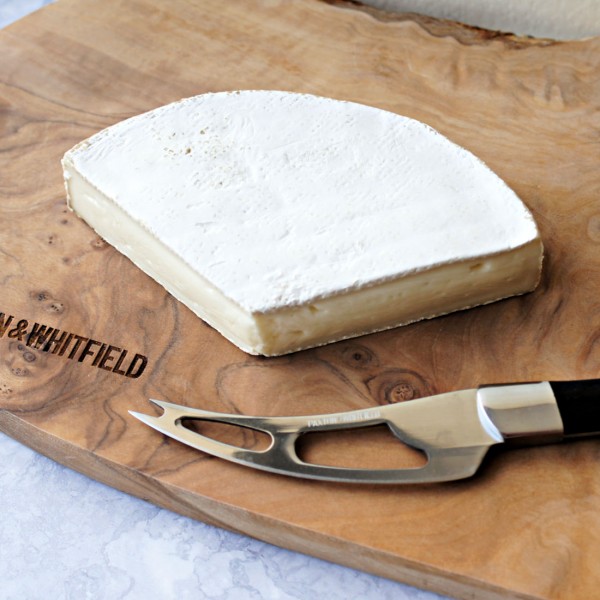 £8.80 per unit
Not for export Vegetarian Rennet Sheep

Named after the cheese-makers, Wigmore is a traditional, hand-made, washed curd cheese - a method of cheese-making used widely across Europe. It is made using thermised ewe's milk and is matured for six weeks.

Wigmore has something of the 'melting chocolate' texture of Reblochon, but with a distinctly different taste due to the ewe's milk. It is light and delicate with a superb complexity which always makes the cheese a treat to enjoy.

Paxton's Champagne
This dry and balanced Champagne has been aged in the bottle for at least 3 years. The Pinot Noir grapes account for much of the blend giving great depth and fullness. Only available to customers aged 18 and over.
Shop Now
Olive Wood Platter
These attractive hand crafted olive wood cheese boards carry the Paxton & Whitfield brand and each has its own unique styling. They are produced from olive trees that no longer produce fruit and trees are continually being planted to...
Shop Now
Apricot, Date & Sunflower Seed Cracker Bakes
Deliciously crunchy, twice-baked gourmet sodabread crackers with apricots, dates and sunflower seeds. Perfect as a snack or when paired with blue cheeses. Our Cracker Bakes are made to exclusive recipes in a family-run bakery in the...
Shop Now
Featured Item!
Paxton's Cheese Sharing Board
This large acacia wood cheese board is has two handles; making it perfect for sharing and passing round the dinner table. The board features bevelled edges, a beautiful tactile finish, and is branded with the Paxton & Whitfield logo....
Shop Now
Featured Item!
Paxton's Cheese Knives Set of Three
A set of three impressive Cheese Knives with stainless steel blades and riveted black polished handles. The set contains a hard and soft cheese knife and a hatchet for use on very hard, aged cheeses. The blades are etched with the...
Shop Now