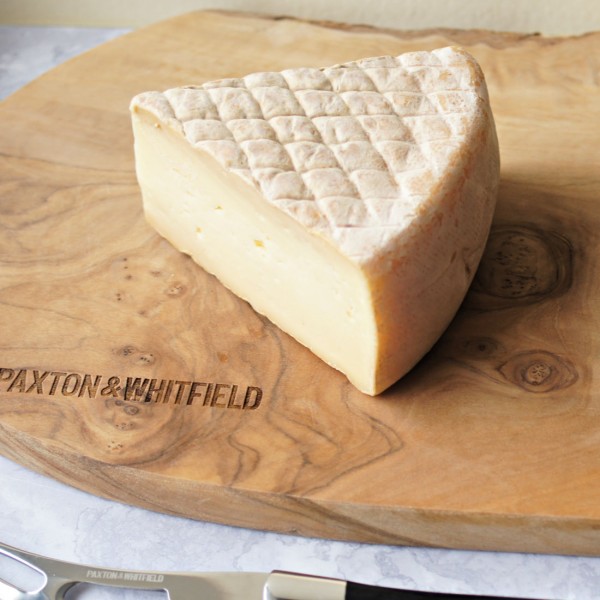 A tasty cheese handmade on the west coast of Ireland. A firm supple cheese with a nutty, burnt caramel taste.

As a child in Spain, Giana's family had made cheese from goats milk on her father's small farm in the mountains above Alora. Later, living in France Giana was brought into contact with the great french cheeses. Marrying into a farming family in Ireland ­ where some of the best milk in Europe is produced ­ Giana and her husband Tom Ferguson experimented and produced their own cottage cheeses and fresh cheeses. Based on the coast of Schull, they soon met other cheesemakers working both in West Cork and nationally. This developed into CAIS, the Irish Farmhouse Cheesemakers Guild.

The Ferguson family started making Gubbeen in 1979 using the milk from their Fresian and Jersey pedigree herd. The cheese making process is entirely traditional and over a three week period after the initial production, the cheese is cured by daily washing and turning which encourages the growth of the surface bacteria and gives the cheese its characteristic pale pinky-brown crust.

Gubbeen is slightly sweet and has a lovely soft, lingering flavour that grows after the initial taste. It is not too strong or farmy but tastes of clean, fresh milk. This dairy taste immediately implies that it is not an aged cheese, and the texture too is light, springy and slightly aerated. There is a full, mellow aftertaste however, with a slight edge that could almost be described as an Irish Reblochon.

According to the cheese makers, the cheese is best in the spring when the herds first go out to grass again and the cheese takes on a creamier, softer texture.

Gubbeen was awarded Silver at The World Cheese Awards 2019