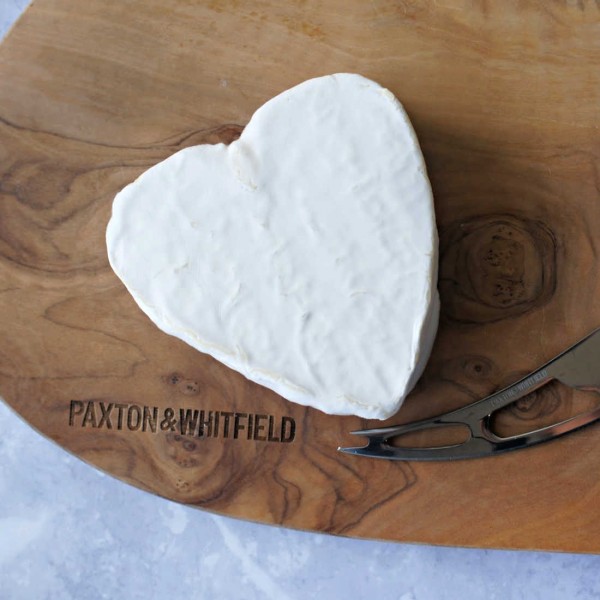 £7.50 per unit
Not for export Unpasteurised Traditional Rennet PDO Cow

Paxtons Champagne
This dry and balanced Champagne has been aged in the bottle for at least 3 years. The Pinot Noir grapes account for much of the blend giving great depth and fullness. Only available to customers aged 18 and over.
Shop Now
Olive Wood Platter
These attractive hand crafted olive wood cheese boards carry the Paxton & Whitfield brand and each has its own unique styling. They are produced from olive trees that no longer produce fruit and trees are continually being planted to...
Shop Now
Featured Item!
Paxtons Cheese Knives Set of Three
A set of three impressive Cheese Knives with stainless steel blades and riveted black polished handles. The set contains a hard and soft cheese knife and a hatchet for use on very hard, aged cheeses. The blades are etched with the...
Shop Now
Charcoal Cracker
Our delicious new Biscuits for Cheese are the ideal accompaniment to a cheese board. They are produced by an artisan bakery in the heart of the West Country, using the finest ingredients to brand new, exclusive recipes, developed with...
Shop Now