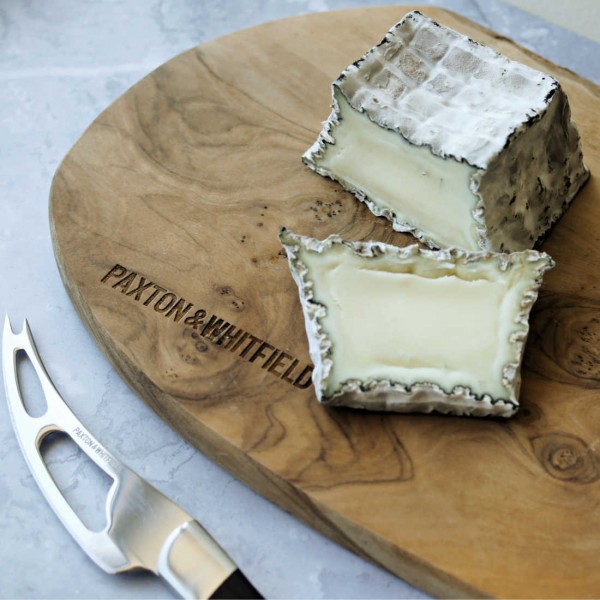 An unusual pyramid shaped sheep's cheese, with a clean texture and light flavour which deepens with maturity.

Pavé Cobble follows traditional cheesemaking methods with each one being hand-ladled into a delicate pyramid shape. The cheeses are then dusted in charcoal and matured for around three weeks to produce the perfect taste and texture, with a grey green natural mould rind. Its taste is lactic and fresh with a light sweetness and acidity that grows in depth with age.

Made by one of Paxton & Whitfield's favourite cheesemakers in the heart of the Westcountry at White Lake Cheese. Pave Cobble is a Ewes milk cheese which holds a shape usually typical of a goat’s cheese. Pyramid shaped cheeses are usually inspired by the classic French Valencay, made famous by Napolean. This English twist made with sheep’s milk makes it a rarity on the market.

The cheese has been named Pavé Cobble by Roger Longman, a keen cyclist, co-owner and cheesemaker at White Lake along with Peter Humphries, as a homage to difficult and famous cobbled cycling stages, such as the Paris Roubaix.