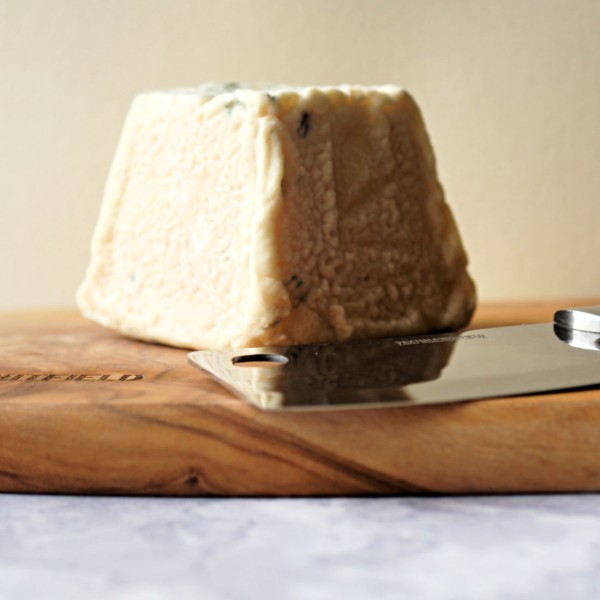 Sinodun Hill is a ripened goats cheese pyramid with a mellow tangy flavour and citrus undertones.

£11.50 per unit
Not for export Unpasteurised Vegetarian Rennet Goat

They are based at the Earth Trust Farm near Shillingford in South Oxfordshire. The idea for Norton and Yarrow Cheese started in August 2014 and they officially became a company in May 2015. Norton and Yarrow started to build their own herd of purebred Anglo Nubian goats - the 'Jersey Cow' of the goat world - at the beginning of 2016 and are developing a range of delicious hand crafted cheeses based on traditional French recipes.

The Sinodun Hills is the ‘proper’ name for the Wittenham Clumps, standing just above the Earth Trust farm where the goats graze.

Sinodun Hill is a ripened goats’ cheese pyramid, similar in style to a Pouligny and other French goats’ cheeses. It is made using the traditional method of slow lactic coagulation. Curds are hand ladled into moulds and allowed to drain naturally. Cheeses are then left on racks to develop for up to 21 days to develop the flavour and texture.

Sinodun Hill has a nice subtle farminess combined with a citric tang, also with a distinctive pleasant nuttiness. The texture is smooth and creamy with aromas of fresh hay.