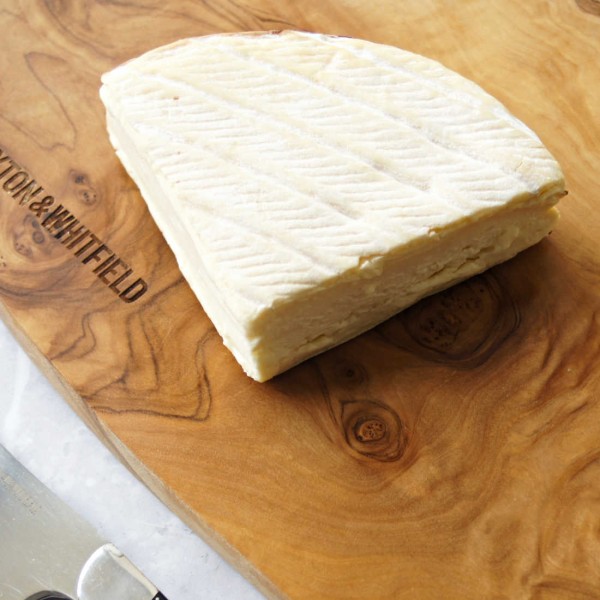 Rollright is a semi soft cheese handmade by David Jowett at Manor Farm, Chedworth. Rollright is the new venture for David who previously has been making the cheeses at Gorshill Abbey which include St Eadburgha. Rollright has only been in production at King Stone farm since March 2015 and is now being sold to the public as of July 2015.

The milk used to make the Rollright cheese comes from a herd of 240 Dairy Shorthorn and British Friesian cows.

The milk is currently pasteurised in the pasteurising room which is then piped into the cheese making room and straight into the milk vats, which hold 1200 litres. The milk is heated by steam and they use basic plastic paddles.

They have to be gentle with the curds but quick to mould it, in order to stop acidity growing. The curds are scooped out of the vats by hand using the moulds (not ladled).

The moulds are then stacked in trays in the vat to drain and then they are taken into the ripening room. The cheeses are matured for 4-5 weeks and are turned weekly.

Rollright has an attractive peachy coloured rind which complements the pale unctuous inner paste. Rollright has a delicious full flavour which is delicate at the same time. Rollright is savoury and meaty but with hints of sweet buttery notes.

Rollright has been inspired by reblochon making it an appealing washed rind cheese for those who are put off by the more pungent aromas of some wash rind cheeses.

Rollright won a Gold Medal at the 2016 British Cheese Awards

Rollright also picked up a handful of awards at the 2016 Melton Mowbray Artisan Cheese Fair Awards: