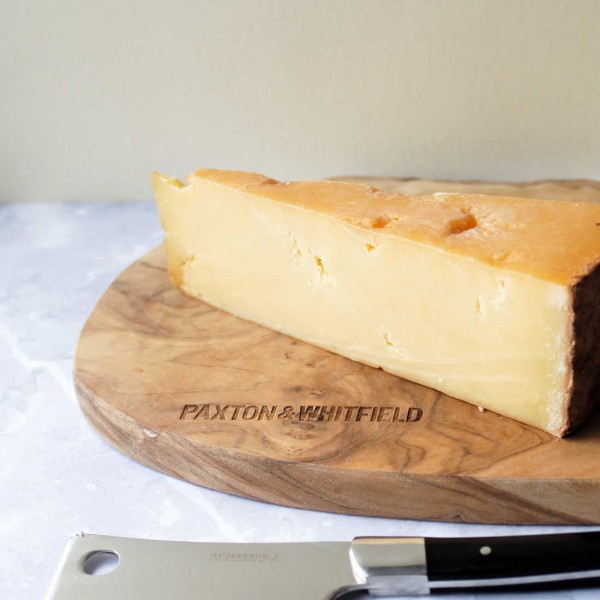 Auld Reekie cheese has been carefully developed to combine the flavours and textures of traditional cheese with a delicate wood and whisky finish. Alex uses traditional smoking methods which are still employed locally in Royal Deeside to delicately smoke game such as venison and salmon. To add a whisky twist to the cheese, he uses, exclusively, whisky barrel shavings in his smokehouse. Alex comments that “carefully smoking Auld Reekie has become a favourite pastime at our creamery because of the aromatic whisky distillery atmosphere it creates in the smokehouse. It reminds me of the ambience and aroma of cobbled streets in Edinburgh hence we’ve named it after the nickname of the ancient capital of Scotland”.

Like many farmers’ wives in rural Scotland in the 50's, Barbara Reid would use any spare milk from the farm cow to make butter and cheese for friends and family. Made in a big pot on the stove, rennet from a calf’s stomach would be added to the pure, unpasteurised milk to help set the curd. The cut curd would then ripen naturally in a cool larder for about three days after which it would be salted (Barbara’s father liked to eat the salty curd on an oatcake!). The firm curd was then packed into a traditional chessel, a cast iron press, lined with muslin and pressed for three or four days in an old railway carriage on the family farm. After this time, the cheese would be carefully wrapped by hand in cotton bandages. Two or three months later, the Reid family would look forward to tasting ‘Mither’s Cheese’. The cheese was only ever made in the Summer as the Scottish winter meant it was usually too cold for the cheese to mature. It was this cheese that inspired middle son, Alex, to recreate the flavours and textures of traditionally made farmhouse cheese using the recipes and methods of yesteryear. Of course today, there are more rules and regulations governing food manufacture than ever before but The Cambus O’May Cheese Company is committed to maintaining this lost art that was so prevalent in the North-East of Scotland in years gone by. We have even managed to find one of Balm’s unique, original chessels which we have replicated.

Inspired by the local smoking methods used to make distinctive speciality foods in Royal Deeside, this lightly smoked hand made cheese has all the flavour of a traditional farmhouse cheese with a delicate whisky and wood finish.