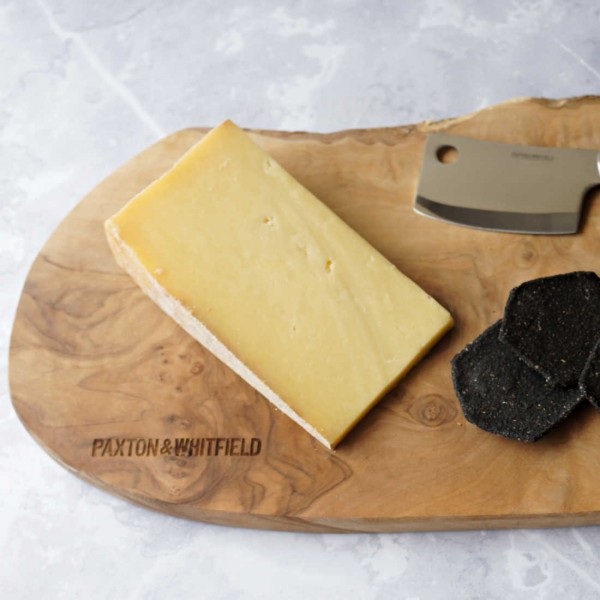 Isle of Mull cheddar is made only from the milk of the farm's own herd of predominantly Freisians cows, with the odd Ayrshire, Jersey and Highland cow too. To ensure maximum freshness, the milk is pumped straight to the cheese making vats directly after the morning's milking. The cheese is unpasteurised, which really allows the cheese to take on the character of the seasons and the weather it is exposed to. The cheeses made with winter milk are almost white in colour compared to the light golden colour of the cheeses made when the cows are able to graze on the fresh green grass in spring and summer.

In winter, when feed from the mainland is expensive, the herd's diet is supplemented with spent grain husks from the nearby whisky distillery, which imparts a yeasty, sharpness. All the year round the flavour is full and farmy, with wild, salty notes from the exposure to the Atlantic elements. From time to time, blue veins develop in Isle of Mull cheddar. This is a natural blueing considered by many to be a delectable bonus. Certainly it is not harmful and generally such blueing is found in cheese of especially rich maturity.