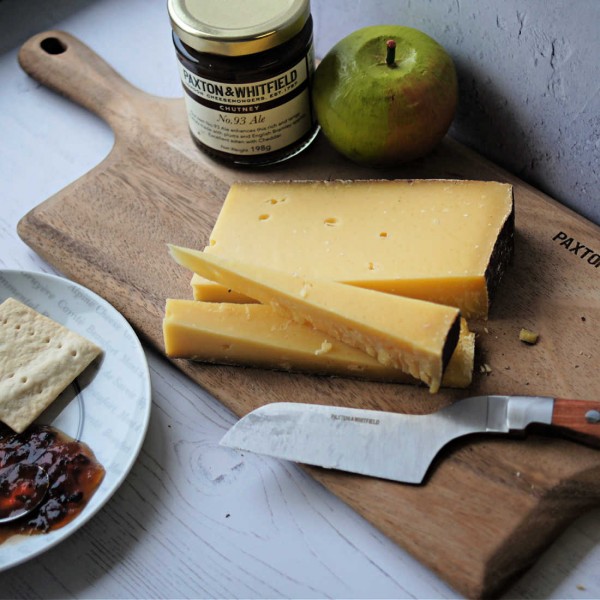 We have just 40 pieces of this specially aged Ebersbach available for January deliveries. A taste sensation for a perfect January "pick-me-up"

Our latest limited edition cheese; specially matured by our cheesemongers is this aged Ebersbach. We tasted our photography sample and it was a clear winner with our team. Our Quality Manager Jazz described it as "Really fruity; with an intense and deeply savoury, almost meaty flavour. The cheese has a dense, crystalline texture - with a satisfying creaminess in the mouth"

We have just 40 pieces of this aged Ebersbach available - matured for approximately 20 months for extra flavour.

Made by Albert Kraus in the Allagu region of Germany. Historical records show that in this region, cheese was being made in monasteries during the Middle Ages. The milk for this cheese comes from the farm of the maker Albert’s brother and from his neighbour, both located less than 5km away from the dairy. Using exclusively hay milk from these two herds, Albert creates a cooked curd, pressed cheese that’s washed in local herbs at five months which imparts rich aromas into the rind.

This cheese has a dense, creamy body, balanced by notes of fruit and cured meats. Texture boasts tremendous elasticity and meltability. The rind is natural, covered with hay ash, which is added directly to the wash after the 5th month of ageing. Also known as "Alex", the cheese's name comes from the famous Alex train system (formerly known as the Allgäu Express) that connects the countryside of Southern Germany to Munich.