Did you know that those white crystals that you find in cheese are not in fact flakes of salt? Affectionately known by cheesemongers as ‘cheese diamonds’ these little crunchy bits naturally occur within hard, long-aged cheeses. Read on if you would like to find out more…

What are the crunchy bits in cheese?

As cheeses mature, the chain-like structure of fats and proteins that form in the curd during the make slowly break down.

Many people confuse cheese crystals with mould or yeast growth. Cheesemakers have traditionally avoided crystallisation, afraid that their customers would not want cheese that looked unusually mouldy. However, these days cheese 'diamonds' are considered trendy and remain absolutely delicious. In addition to adding extra crunch to cheese, cheese diamonds indicate the cheese will have a rich and complex taste.

In cheeses like Goudas, such as the Old Groendal, these proteins break down into an amino acid called tyrosine. Tyrosine crystals unusually only occur within the paste of the cheese. Whilst these crystals don’t bring a huge amount of flavour to the cheese, they do create a really satisfying texture. Interestingly, when we eat tyrosine, this encourages the body to produce dopamine - perhaps that’s why people crave it so much!

In cheeses like Cheddars, those crunchy bits are more commonly calcium lactate. This is where lactic acid and calcium combine to form calcium lactate crystals. Whilst this crystalline texture is not historically found in cheddars, there has definitely been a rise in its popularity. Featured below are some of our delicious artisan cheeses which feature these incredible ‘cheese diamonds’. 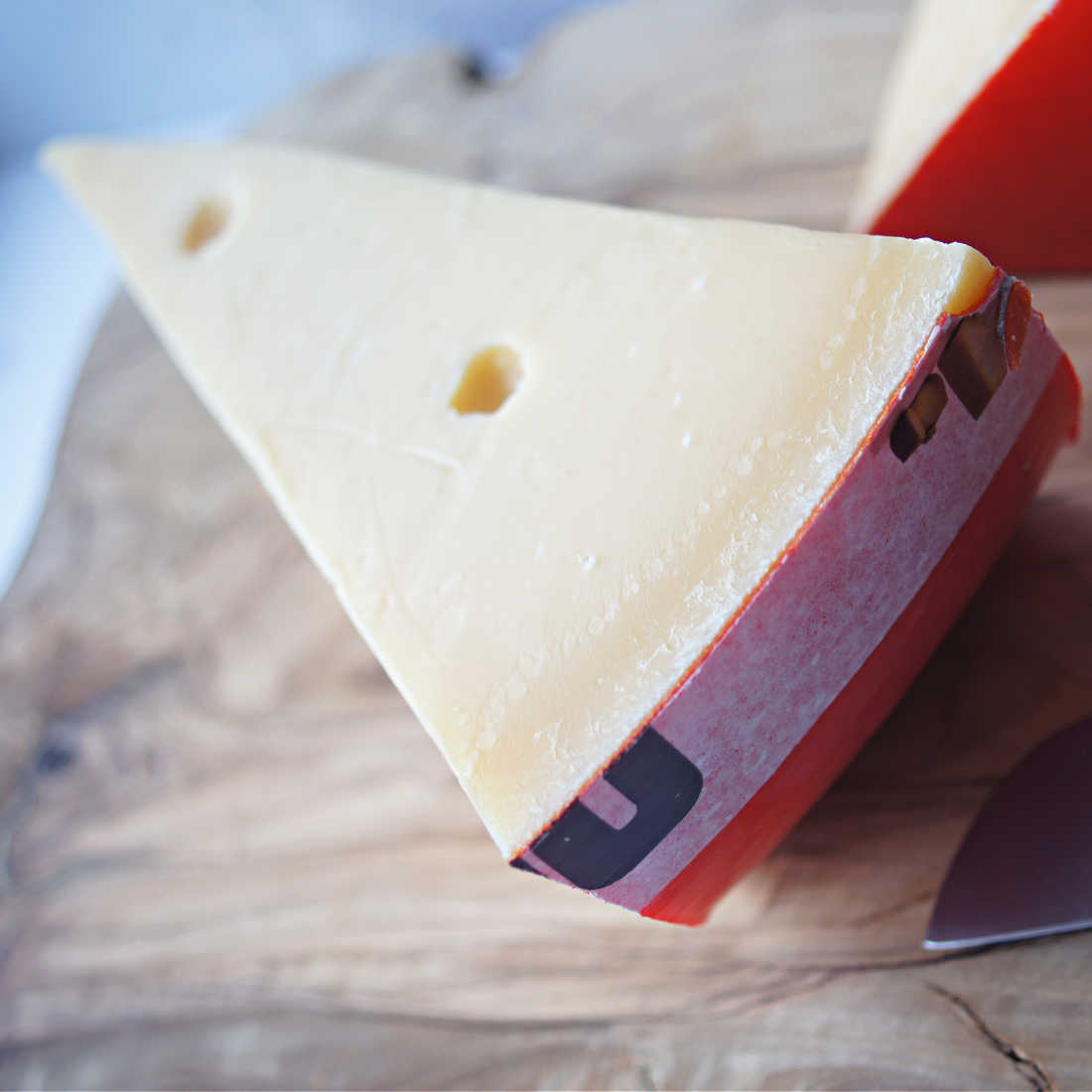 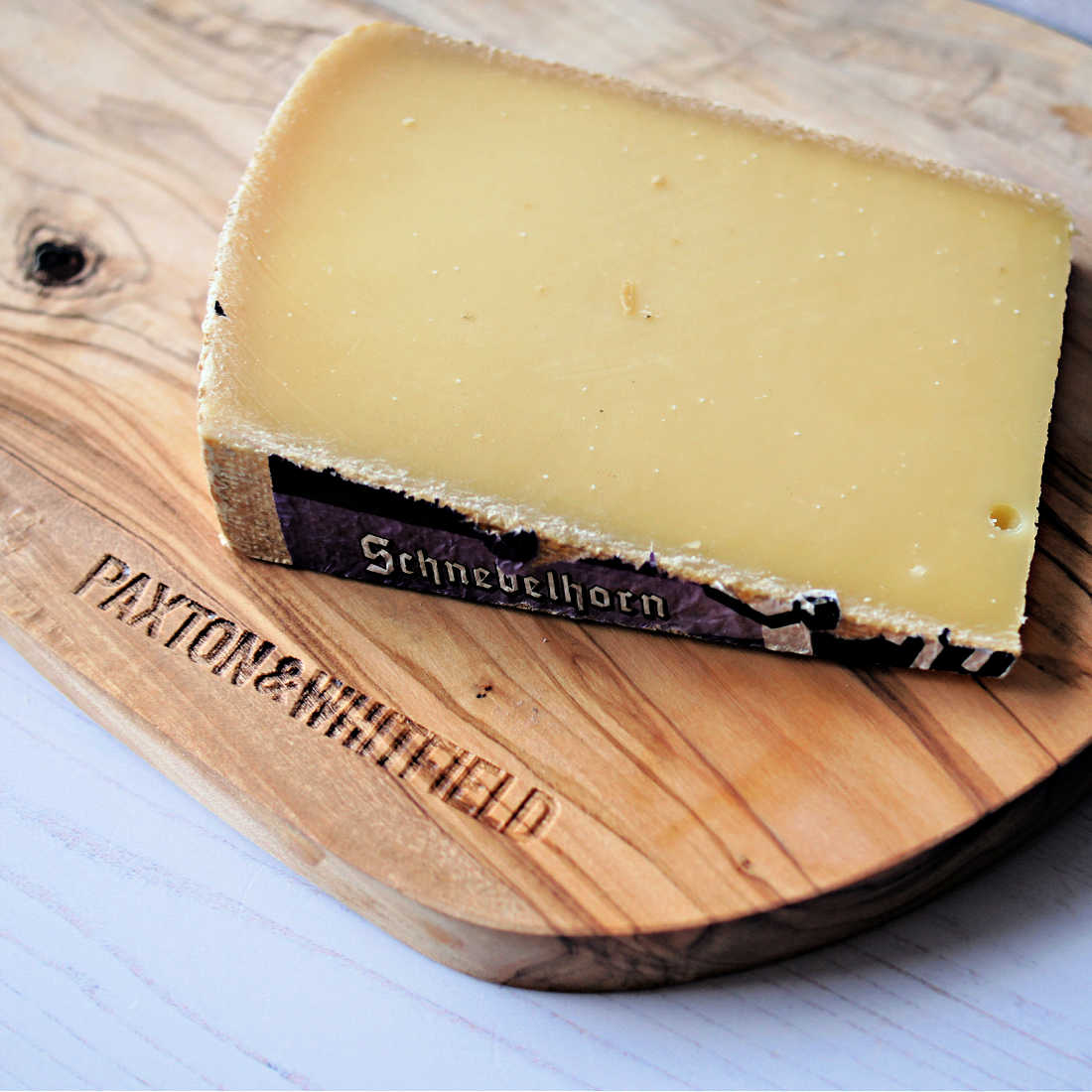 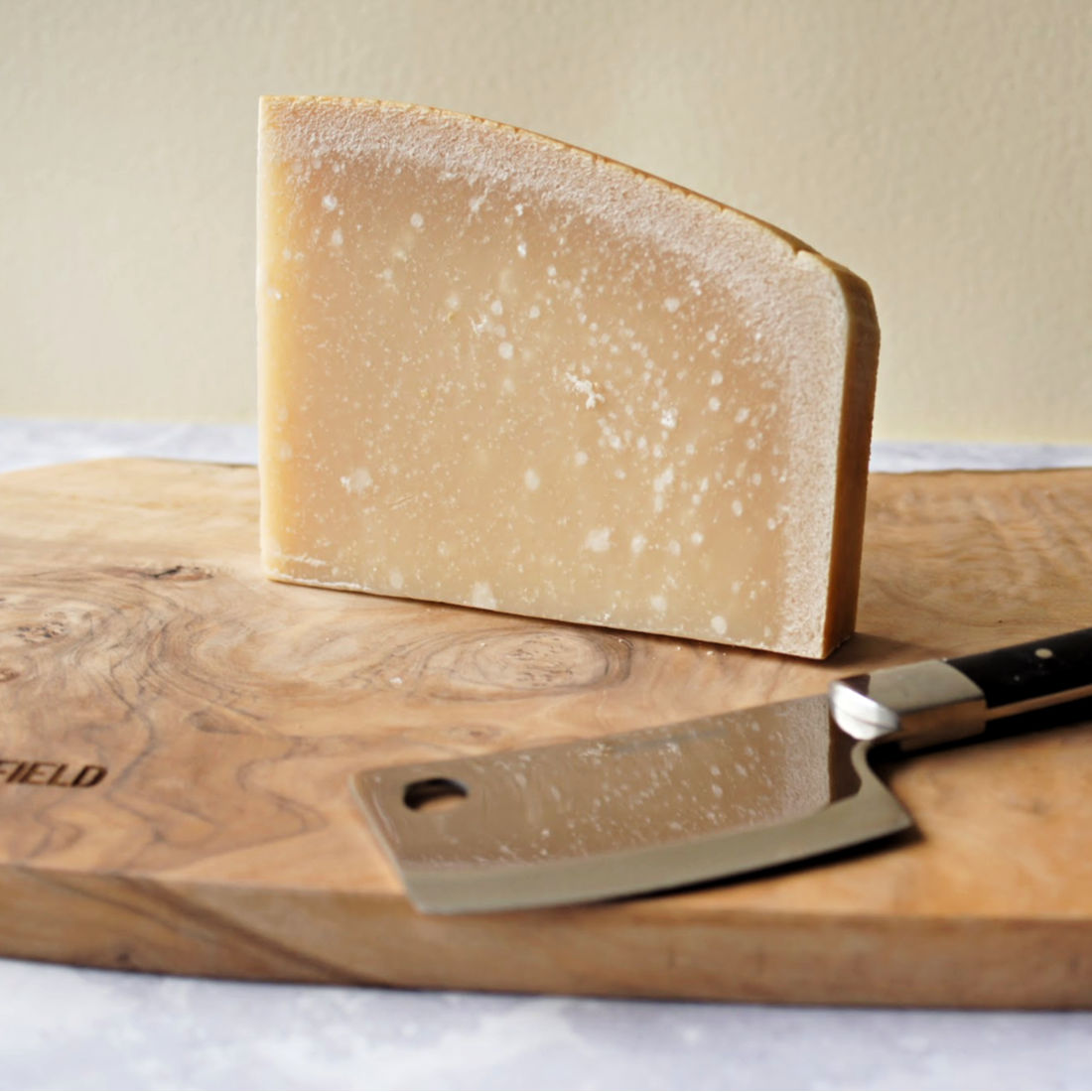 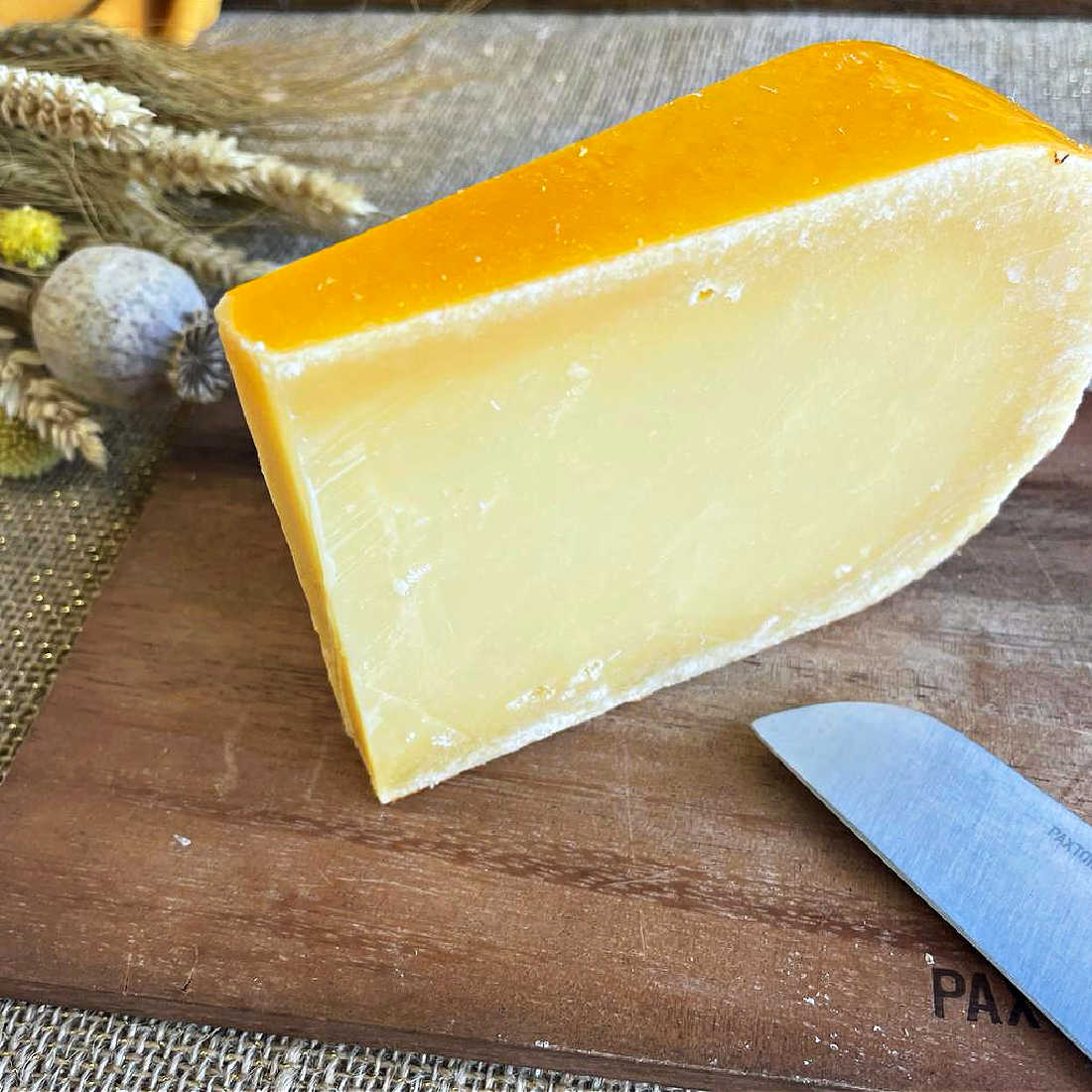 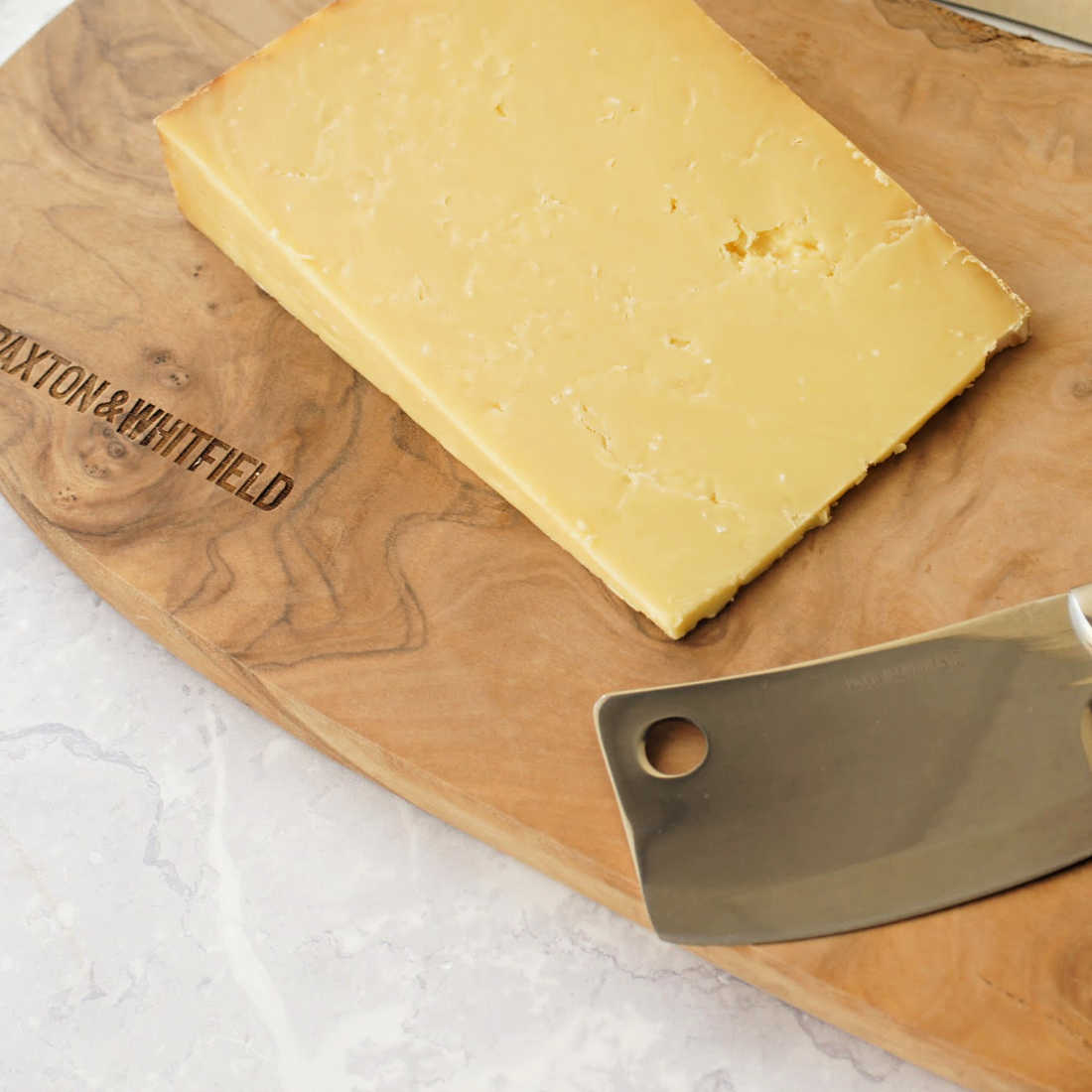 Tags: Cheese Diamonds, Cheese Crystals, Cheese Facts, Gouda Cheese, Tyrosine Crystals, Protein Crystals, What are the Crystals in cheese?, what are the crunchy bits in cheese?, Why do you get crunchy bits in cheese? , Are cheese crystals, salt?
Related products
Old Groendal
Taste this remarkable Gouda-style cheese If you have missed your travels this year, this beautiful artisan cheese from Belgium is one for your cheeseboard to fulfil your wanderlust from the comfort of your home. Described by our...
Details
Schnebelhorn
Decadent Artisan Alpine Cheese Schnebelhorn cheese is exclusively sold by Paxton & Whitfield in the UK . We oversee its journey, from the Swiss Alps to our Cotswold cheese rooms, where our cheesemongers carefully mature it until...
Details
Parmigiano Reggiano
Our Parmigianno Reggiano is kept for a minimum of 24 months. This allows for the cheese to develop its complexity, with rich, nutty dried fruit flavours, but without being as crystalline and granular as some of the older cheeses....
Details