We caught up with cheesemaker Todd Trethowan to learn more about award-winning Gorwydd Caerphilly.

Todd started making Gorwydd Caerphilly in 1996 and later on, his brother Maugan joined his cheesemaking venture. Today, the brothers produce this incredible cheese at their dairy on Puxton Court Farm in North Somerset.

Todd recalls back in 1996 when he took one of his first cheeses to our Jermyn Street shop for the shop manager to taste. At this point, the cheese did not have a name and Todd emphasised how nervous he was to present his cheese to the UK’s oldest cheesemongers. Much to Todd’s delight, the cheese went down very well and an order was placed for two cheeses. 25 years later and what is now known as Gorwydd Caerphilly, is still a best-seller online and on our shop counters today.

How did you both get into cheesemaking?

Before cheesemaking both Maugan and I were archaeologists, I was studying at the University of Wales and at weekends I worked with the inspirational Welsh cheesemaker Dougal Campbell to help pay my way through university.  Slowly but surely the cheesemaking bug took hold and when I finished my archaeology degree, I had to choose between studying for an MSC in Sheffield or setting up cheesemaking on our parent’s farm in West Wales.  Clearly, I choose the latter.  After a year I could see this was more than a one-man job and managed to persuade my brother Maugan who at the time was working professionally as an archaeologist around the country to join me.  And so, in 1996 Trethowan Brothers was formed! 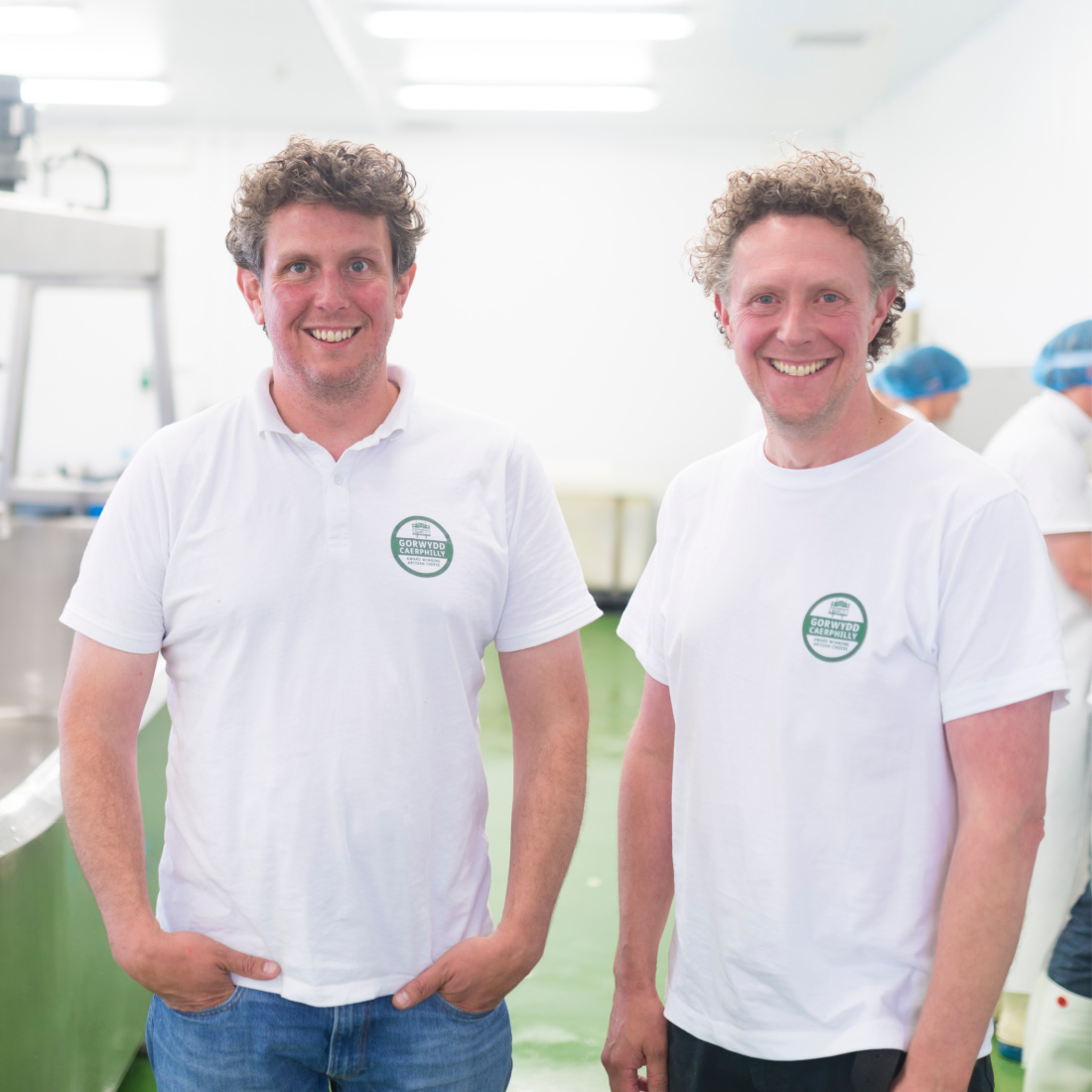 What inspired you to make Caerphilly as opposed to another style of cheese?

Traditional Farmhouse Caerphilly making had all but died out in Wales, so it was very satisfying in playing a part in its resurgence.  Since relocating our Dairy to Somerset, we learnt that there was a long history of Cheddar makers also making Caerphilly as they are very complimentary cheeses. 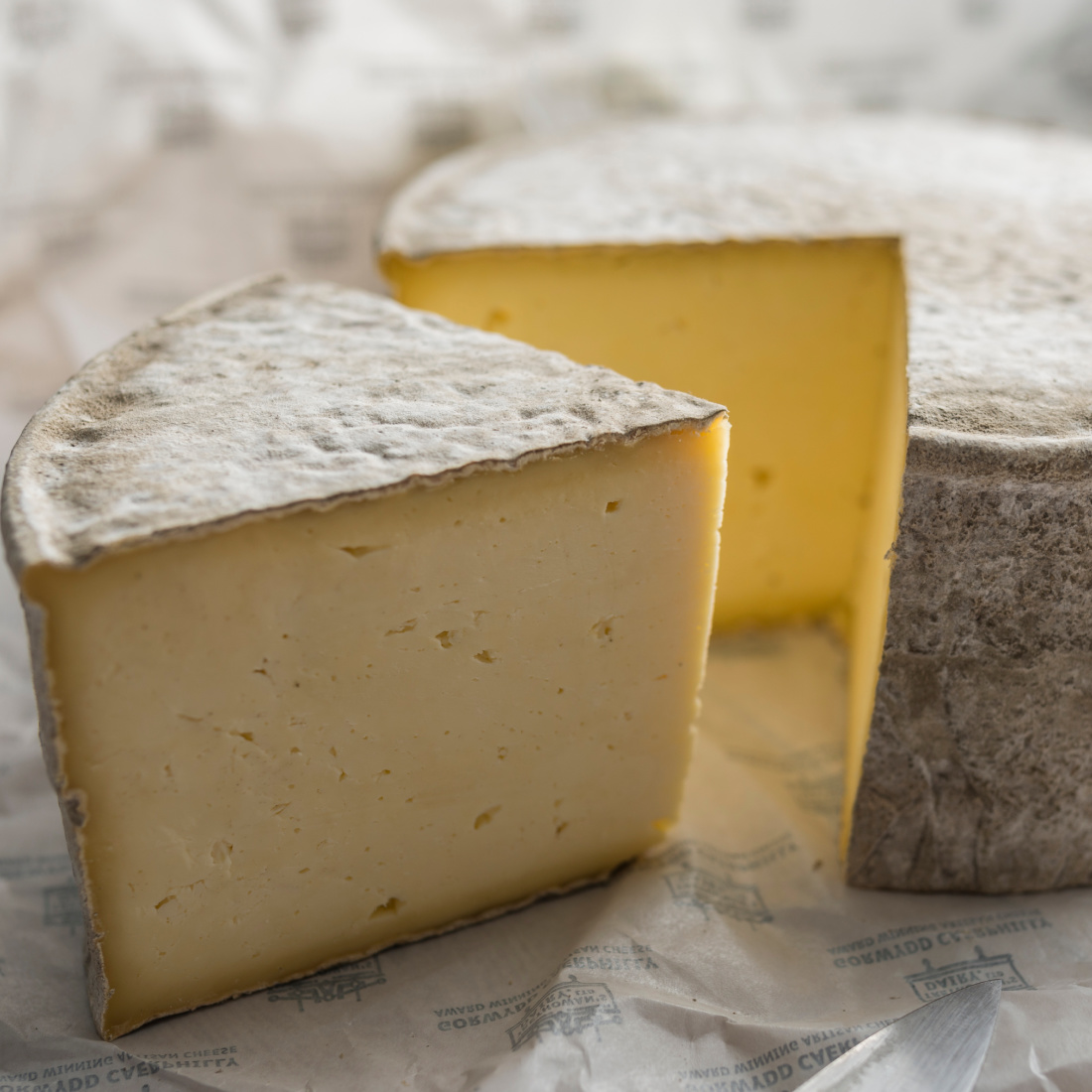 Describe a typical day at the dairy.

The morning milking is at 5 am and the milk will start filling the vat at 7.25 am.  The milk is then warmed in preparation for the starter to be added.   After a period of ripening the rennet is added and the curd is left to form whilst we have our morning tea break.   Once the curd is formed, we take great care cutting the curd by hand to the size of a small runner bean and then the stir takes place.  The curd is gently warmed and stirred until it reaches the right acidity after which the curds and whey are transferred across to the cooling table.  The whey is drained off leaving the curds ready for texturing.   Texturing is done by hand and involves making a series of cuts forming cubes which can be gently mixed with salt before filling the moulds.  All of this is done with great care by hand.   The filled tins are stacked and then go into the presses.  This isn’t the end of the day, as finally the make room is cleaned down ready for the next day and make. 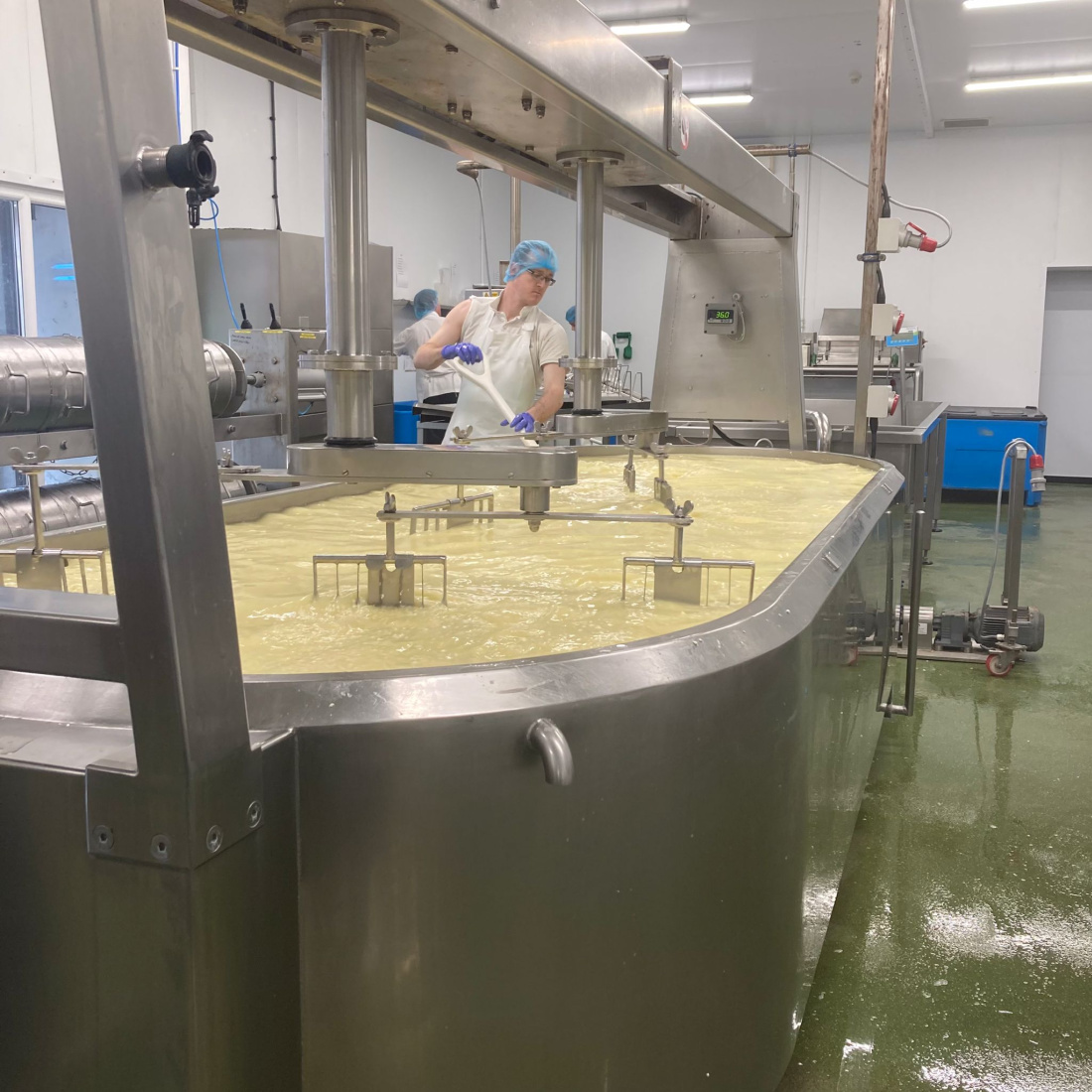 How would you describe your Gorwydd Caerphilly to someone who had never tried it before?

Gorwydd Caerphilly is 3 cheeses in 1!  When tasting Gorwydd it is important to eat the rind and to get a good cross-section of the cheese.  The rind has a mushroomy flavour, and below that, you will find a creamy breakdown while the centre has a more lactic, lemony, crumbly inner.  The three characteristics together make for a great depth of flavour.

How do you choose to enjoy your Gorwydd Caerphilly?

My favourite is to eat it very simply with a British apple or pear and a hoppy, citrusy craft ale.  Our dairy manager recommends keeping it simple with a nice crusty sourdough.

Todd and Maugan also make a deliciously rich and creamy Pitchfork Cheddar,  which is a tasty staple for every cheeseboard. 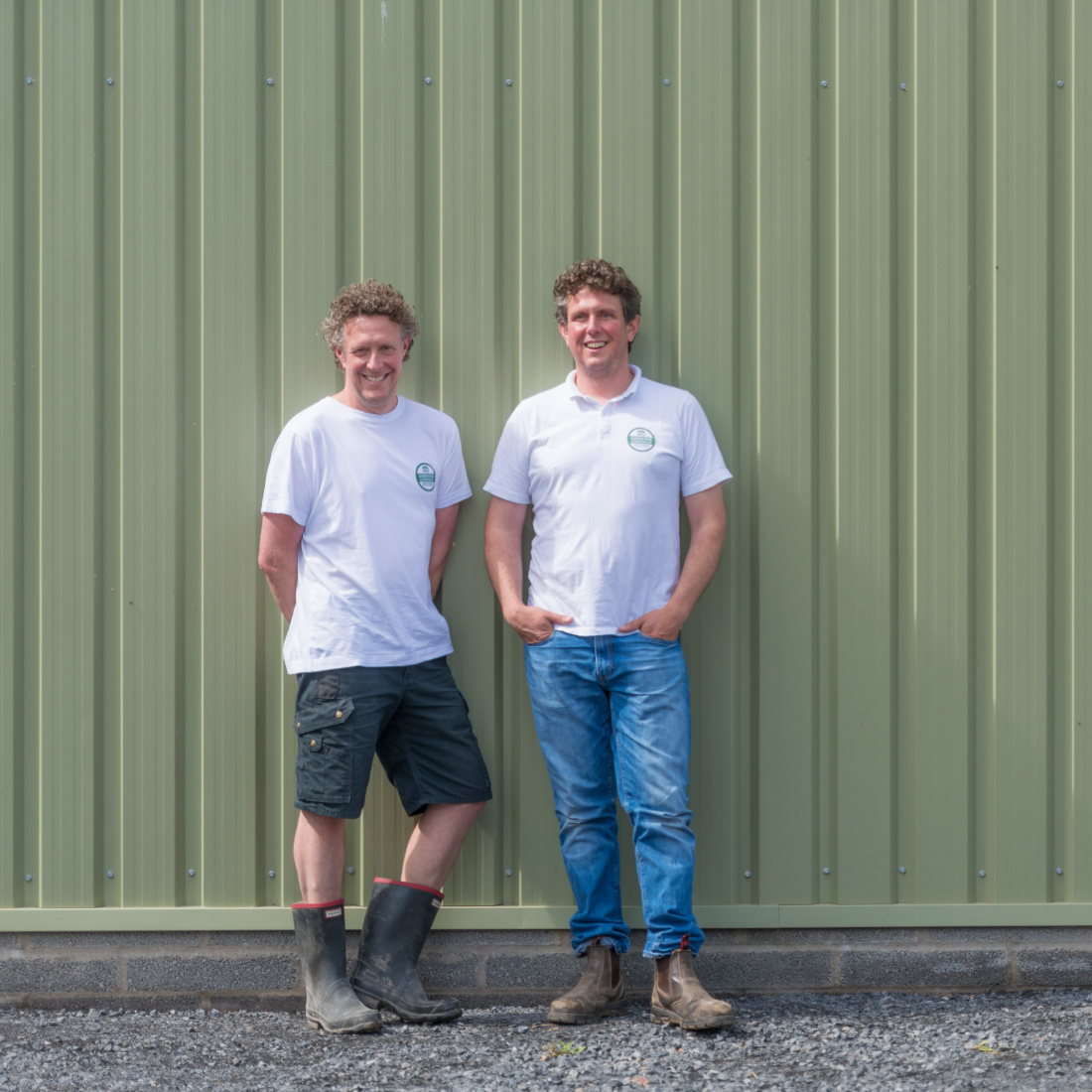 Tags: Gorwydd Caerphilly, Meet the cheesemaker blog, Trethowan brothers
Related products
Caerphilly Gorwydd
Award-winning, handmade Caerphilly Cheese Often described as a 'three-in-one' cheese, Gorwydd Caerphilly has an edible mushroomy flavour rind, a creamy softness on the outer edge which ripens from the outside in and the centre of the...
Details
Pitchfork Cheddar
Pitchfork won Best Traditional Cheddar at the 2019 British Cheese Awards in May and has been the talk of the cheese industry. Pitchfork is golden in colour with a mainly smooth, closed texture with the occasional blue vein. It has clean...
Details