Last week our Head of Retail,  Hero Hirsh and our Cheese Buyer, Dan Bliss headed to Oviedo, Spain for the annual World Cheese Awards 2021. Organised by The Guild of Fine Food, The World Cheese Awards is the most recognised, international cheese competition in the industry and brings together professionals dedicated to cheese. 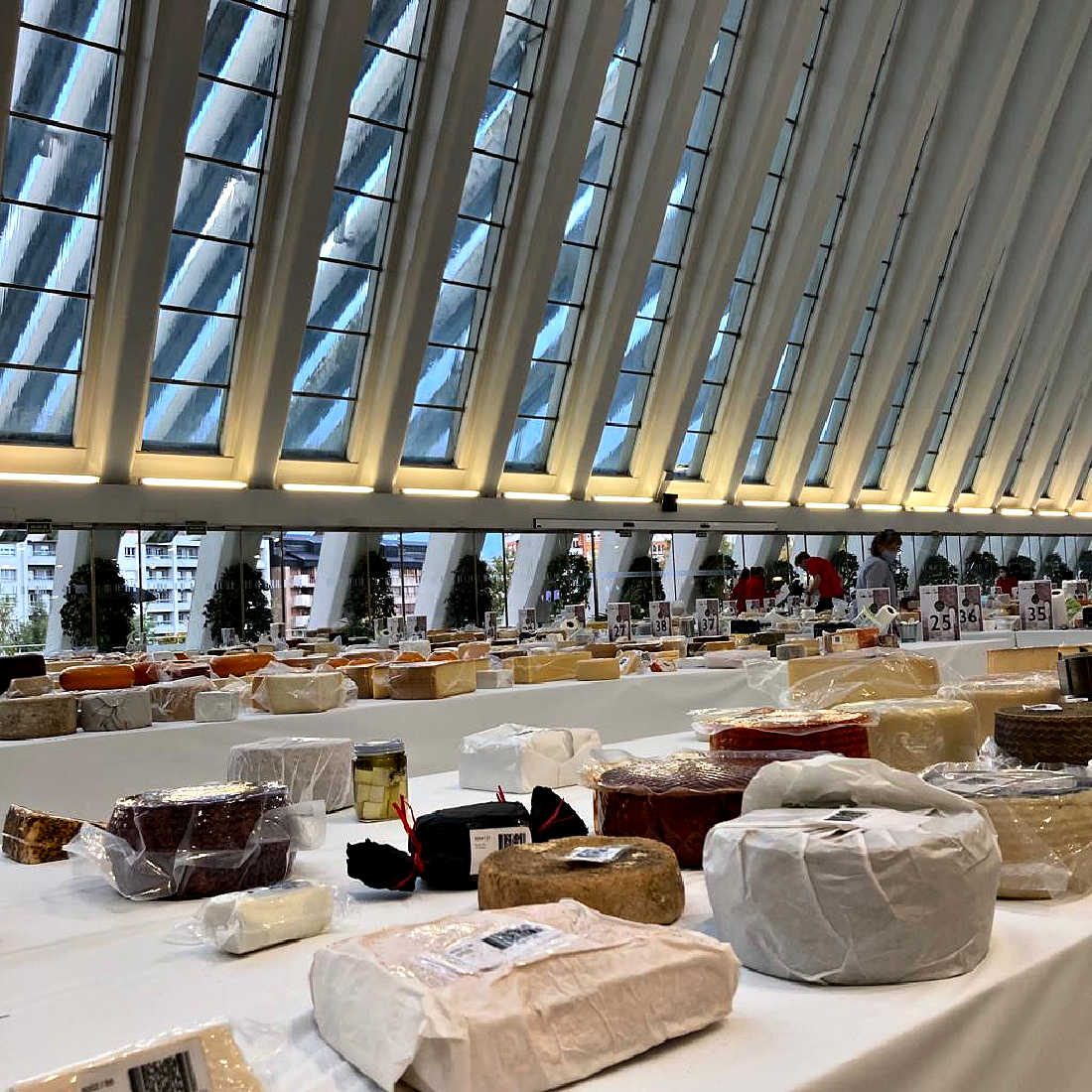 The World Cheese Awards 2021 was the 33rd event hosted by The Guild of Fine Food and 4,000 cheeses from the five continents (a record of 45 countries) took part and were evaluated by 250 international judges, Hero and Dan being two of them. 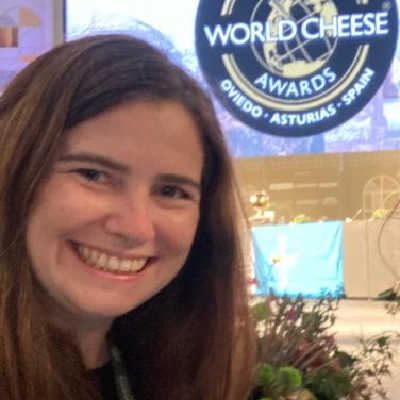 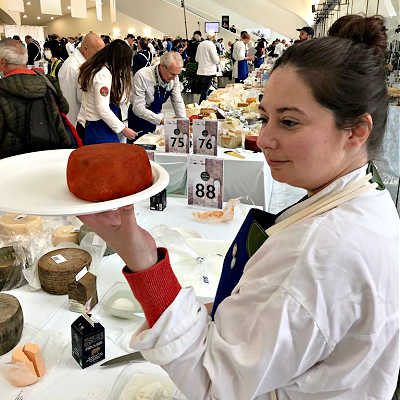 Each cheese that was entered into the competition was judged by carefully, assembled teams of technical experts, buyers, retailers and food writers.

The judges worked in teams of three, to distinguish any cheeses worthy of a gold, silver, or bronze award. They took into consideration the body of the cheese, the rind, the colour, the texture, the consistency and most importantly, the taste! Each of the teams then had to nominate one exceptional cheese as the Super Gold from their table.

Whilst all cheeses can be awarded a bronze, silver or gold based on the points the judges award them, only the very top cheeses got into the final where not only was the supreme champion awarded, but also prizes for the top cheeses from each country or specific category.

This year, the overall winner of the World Cheese Awards was Olavidia -  a Goat’s milk cheese with an unusual ash line made with olive stones running through the centre, produced by Quesos y Besosa, a dairy with only 6 members of staff in the Sierra Morena mountains in Andalucia. For such a small scale production, this delicious artisan cheese is in very high demand.

Here are just seven of the fantastic English artisan cheeses from our cheese counters that won at these 2021 awards; proving their well-deserved place as 'best in the world'! Taste one of the 2021 award-winners...

Tags: World Cheese Awards, Cheese Awards, Cheese Winners, World Cheese Awards 2021
Related products
Caerphilly Gorwydd
Award-winning, handmade Caerphilly Cheese A cheese of two halves, Gorwydd Caerphilly has a creamy softness by the rind which ripens from the outside in. The centre of the cheese is crumbly, acidic and bright. It's made by...
Details
Ogleshield Raclette-Style Cheese
English Raclette-Style Cheese Ogleshield is most similar to Raclette in style, with its rich, fruity flavours, and lends itself to melting just as well. Try using on a Raclette grill or simply melting in a sandwich! Ogleshield...
Details
Stilton
Finest English Stilton Paxton & Whitfield were one of the first cheesemongers to bring Stilton to market in the UK and Stilton is still our best-selling cheese. Our Stilton today is made by Cropwell Bishop in Nottinghamshire and...
Details
Tunworth
A must-have on any British Cheeseboard  Tunworth is one of the best British soft cheeses in production and has won dozens of awards to prove it, twice winning Supreme Champion at the British Cheese Awards. Its rind is bloomy and...
Details
Cheddar - Montgomerys
Westcountry Farmhouse Cheddar Made With Raw Milk Montgomery's Cheddar is one of very few cheddars to be made by hand in the Westcountry using traditional rennet, unpasteurised milk and pint starters - something that qualifies it as a...
Details
Wigmore
Named after the cheese-makers, Wigmore is a traditional, hand-made, washed curd cheese - a method of cheese-making used widely across Europe. It is made using thermised ewe's milk and is matured for six weeks.Wigmore has something of...
Details