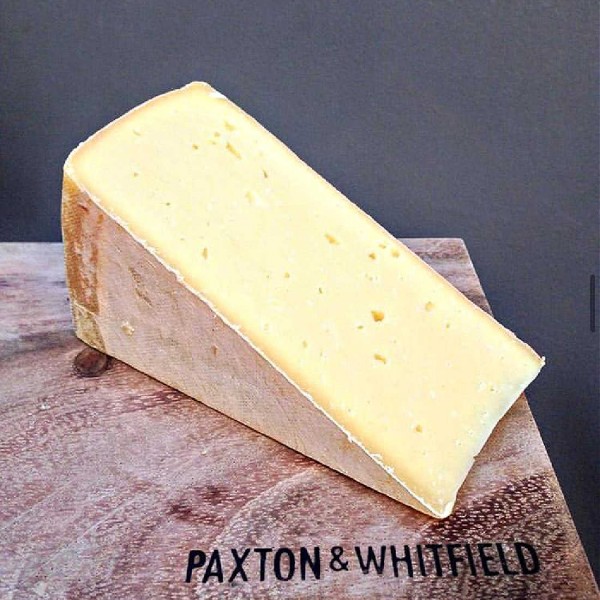 A Jersey cow’s milk cheese washed in brine, similar in style to a Raclette

Ogleshield is most similar to Raclette in style, with its rich, fruity flavours, and lends itself to melting just as well. Try using on a Raclette grill or simply melting in a sandwich! Ogleshield won a Gold Medal at the 2015 British Cheese Awards.

Ogleshield is made on Manor Farm in North Cadbury near Yeovil, where Montgomery Cheddar is made. The Montgomery family are third generation farmers and very little has changed about the methodology used in their cheese making process today, although using modern knowledge to create consistent quality. Even the same starter cultures that the family used over 70 years ago, continues to be used to ensure variety and depth of flavour in the cheese.

Alongisde the farm's herd of Friesian-Holsteins is a herd of jersey cows, the milk from which, always used to be sold as it was unsuitable for making Montgomery Cheddar. In 1998 a recipe was developed to use this jersey milk to make a hard cheese somewhere between Montgomery Cheddar and a tomme in style. The recipe was later adjusted to include washing in brine, which keeps in more moisture and encourages the sticky orange rind to form.

Paxtons Raclette Heater
Raclette is a traditional dish originating in the French and Swiss Alps. The name Raclette comes from the French verb, racler, meaning to scrape. Typically the meal involves diners melting Raclette cheese and scraping it onto potatoes,...
Details
Sweet Cucumber Pickle
This traditional pickle is handmade in North Yorkshire. Made to an old fashioned recipe that dates back to war time. A treat with hard cheese, cured meats and smoked salmon
Details
Gruyere Premier Cru
3-time Gold World Cheese Award Winning Gruyere Aged for a minimum of 12 months, this Swiss Gruyere is dense in texture, with a fruity, floral flavour that lingers in the mouth. Originally Gruyere cheese was only made in and around...
Details