A Slice of British Cheese History 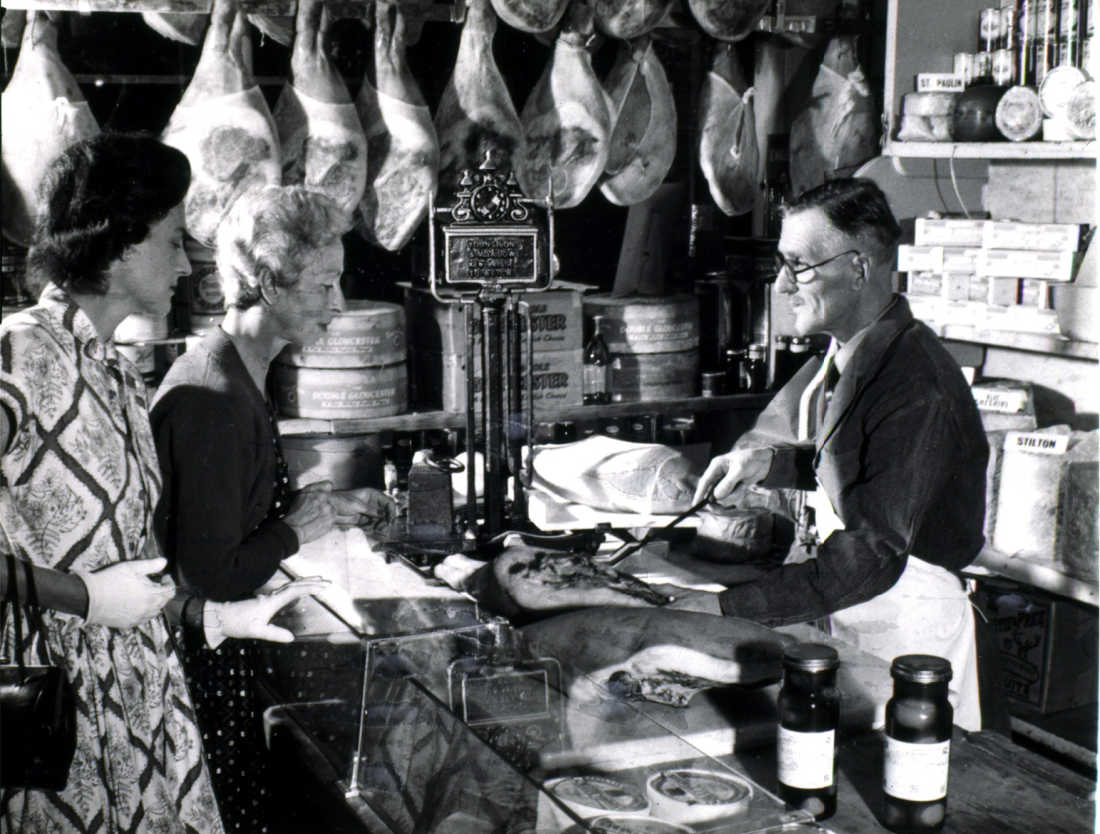 Covid-19 certainly isn’t the first challenge faced by Paxton & Whitfield. With a history of over 220 years, our business has survived significant times of change. We decided to look back through the company archives and celebrate our slice of British cheese history.

Philippa, our Trade Sales Manager has researched our impressive story, which you can also listen to in our free podcast. Sadly, despite surviving the bombs of World War II, a severe fire broke out at our Jermyn Street shop, which saw all records, files and documents completely destroyed. Therefore, we don’t have many photos from our earliest days and we would welcome any input, memories and images that you may have to help add more detail to our history.

Here is what we do know about the Paxton & Whitfield story...

It all began in London

Paxton & Whitfield actually didn’t begin with Mr Paxton & Mr Whitfield. Its origins began with Stephen Cullum in 1742 - a cheesemonger from Suffolk who decided to chance his luck in London and started out by leasing a shop in the notoriously rough Clare Market.

Charles Dickens gave a detailed description of Clare Market in his Dictionary of London. He wrote: the market was “filled with strange pieces of coarse, dark-coloured and unwholesome-looking meat. There is scarce a piece there whose form you recognise as familiar, no legs of mutton, no sirloins of beef, no chops or steak, or ribs or shoulders. It is meat and you take it on faith that it is meat of the ox or sheep; but beyond that you can say nothing.”

There were around 40 different kinds of cheese available at this time. Cheese making had become commonplace on most farms, as the smallholders kept cows to supply their villages with milk. The surplus milk would of course be turned into cheese. Many of the regional variations, or territorials, had started to develop; with Cheshire being the most popular cheese and sold throughout Britain.

As the Cullum’s business started to grow and London became more affluent, Sam Cullum, Stephen’s son, moved the cheese business closer to the wealthier customer base in Swallow Street. Here, he chose to sell high quality products and refused to handle second rate ones. The farmers from whom he bought rich cheeses and pure butter had to meet his high standards. His society customers appreciated quality and he would not fob them off with anything less than the best. As a result of the increase in footfall, Sam took on two new partners - Harry Paxton and Charles Whitfield, whose names now grace our shop fronts and logo.

By 1835, the Swallow Street shop had to close to make way for the building of what is now Regent Street, and so the business moved to No. 18 Jermyn Street. At the time St James was a relatively new development to the West of the City of London; it was established as a place where aristocrats and the wealthy could be close to the royal palaces. Soon enough, Jermyn Street became a place of residence for many well-known people, such as Sir Isaac Newton, William Pitt, WM Thackeray and the Duke of Marlborough. Today, the street still acts as a shop window for the highest quality British craftmanship, hosting a higher number of Royal Warrant holders than any other street in the UK.

Since the Cullums, Paxton and Whitfield has more often than not remained a family business, with Fred and Archie Moore and Dermot and Wan Adamson previously owning the business, which is today owned by Andrew Brownsword.

The first Royal Warrant for Paxton & Whitfield was granted by Queen Victoria in 1850 and and today the company holds Royal Warrants of Appointment to Her Majesty The Queen, and HRH The Prince of Wales.

In 1951, due to the impact of rationing and the lack of men on the land farming, only 5 types of cheese were in stock. In the war years, our Jermyn Street shop became an ordinary grocery shop in order to adapt - selling eggs, butter and bacon. Following the Second World War, the firm reconnected with the traditional British cheese makers and began offering the best of British cheeses once again. 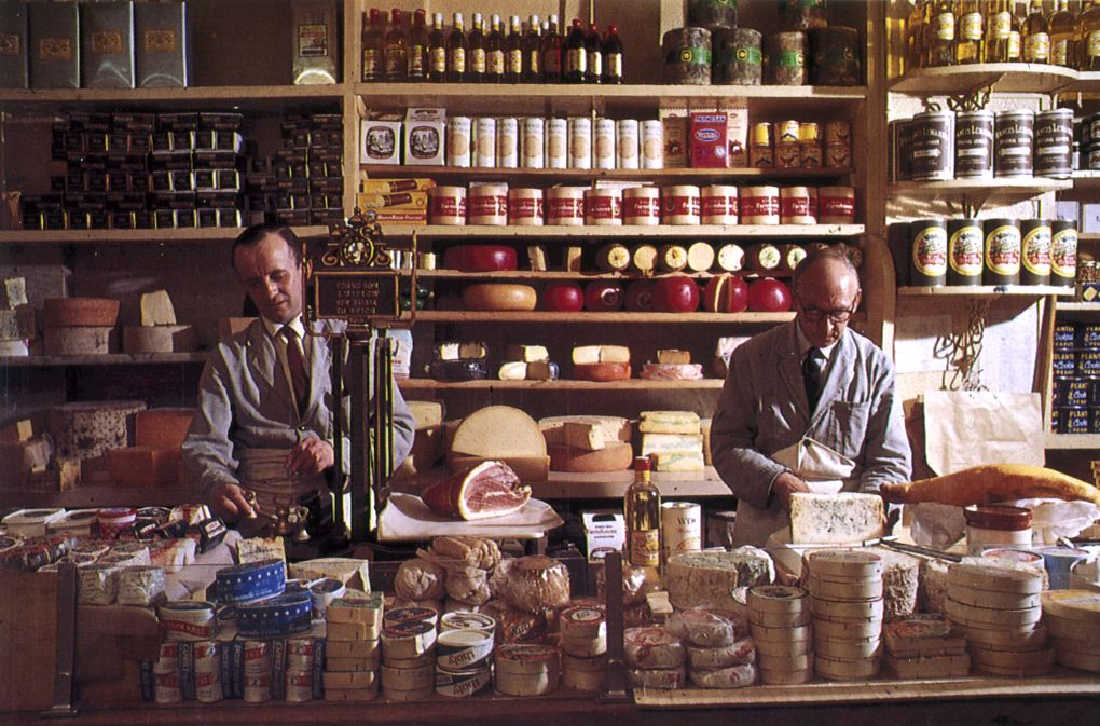 To the 21st Century

Today, our flagship shop is still in London’s Jermyn Street – now located at No. 93, after which our own-brand Ale and Ale Chutney is named. Paxton & Whitfield was one of the first online cheese shops, one of the first cheese subscriptions which is still going strong today and was a pioneer of the Academy of Cheese training courses. 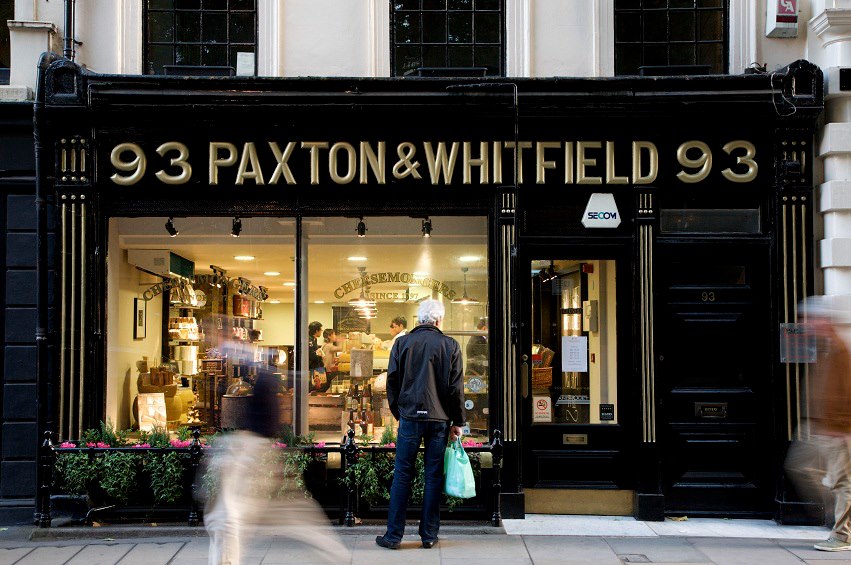 We still practice the ideology of our 18th century founders - working with only the finest artisan cheesemakers and always buying to quality rather than price.

During the Coronavirus crisis, we have particularly supported our independent British cheesemakers who were hit hard by the overnight loss of their wholesale trade. As part of this support, we have introduced regular seasonal cheese boxes for our customers to enjoy at home and our box this month follows our focus on heritage; celebrating some of our favourite cheeses and accompaniments from our history. You can see the September cheese box here.