We are delighted to announce our brand new British Cheese 'Cullum'. This bright and juicy ewes' milk cheese is new to our online and in-store cheese counters and is available to purchase now.

To find out how this incredible cheese was developed and the story behind it, please read on... 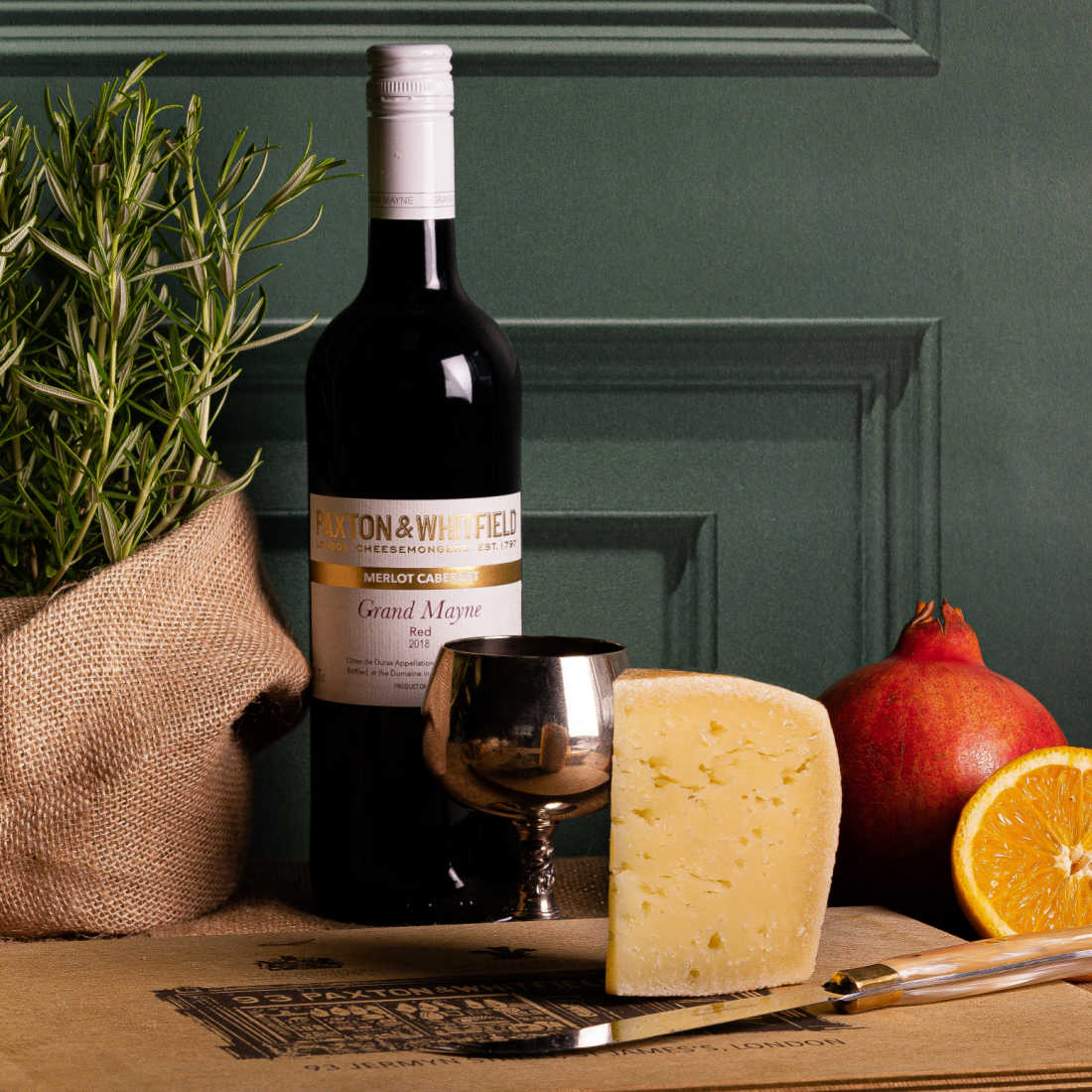 This new cheese comes from a conversation that James Rutter, Paxton & Whitfield’s managing director, had with cheesemaker Martin Gott in the foundations of Paxton’s new maturation rooms, about how British cheesemakers have a surplus of sheeps' and goats’ milk in the summer, just as demand for cheese starts to drop. Cheese demand is highest at Christmas when the milk is less abundant. 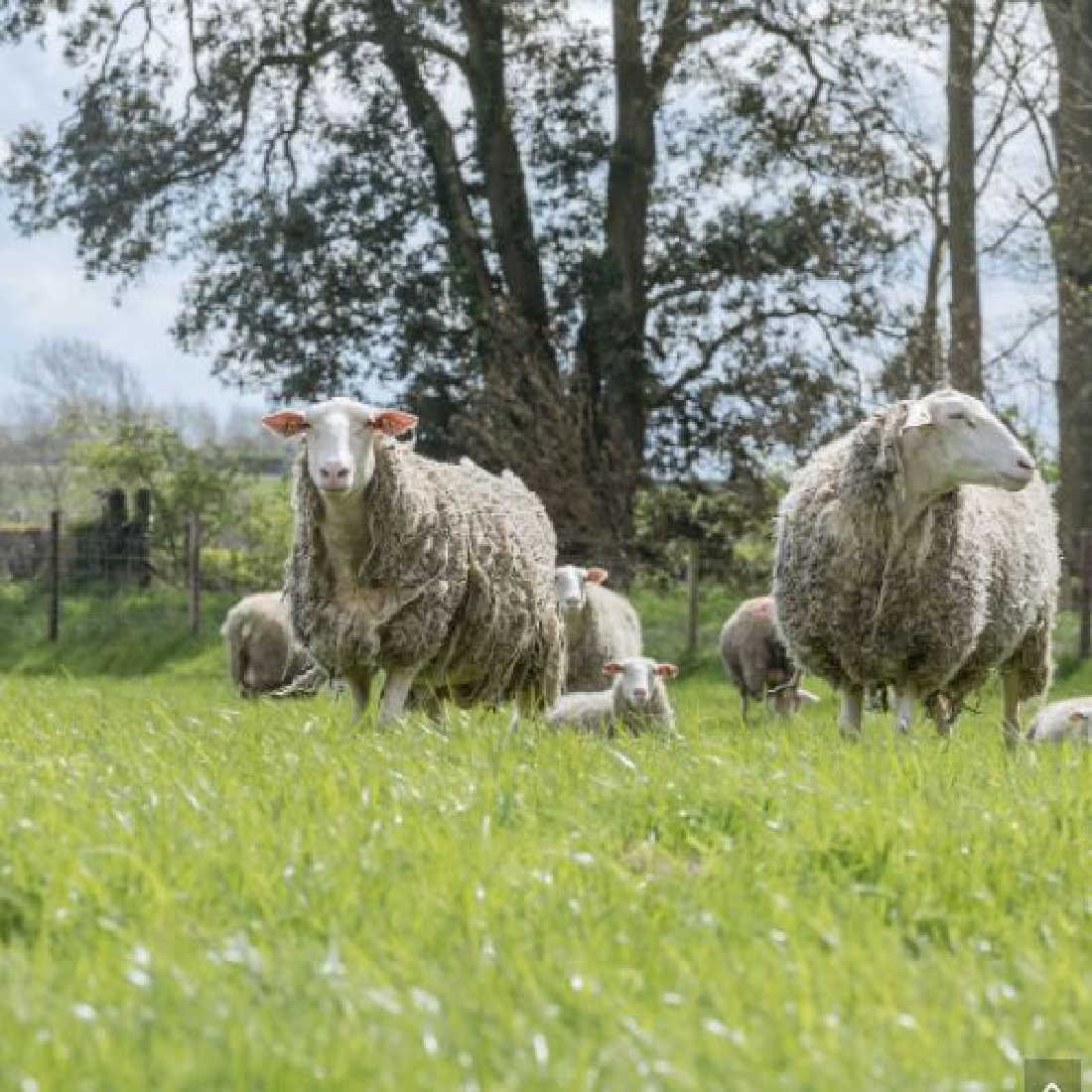 James identified that there wasn’t a demand issue but a storage issue which could be solved through Paxton’s new Cotswold maturation facilities. So together they developed the brand-new British cheese ‘Cullum’. Martin and his team make the cheese at Holker Farm in the Lake District in summer when the milk production is high and transfer it to Paxton & Whitfield at two weeks old where the maturation work begins. 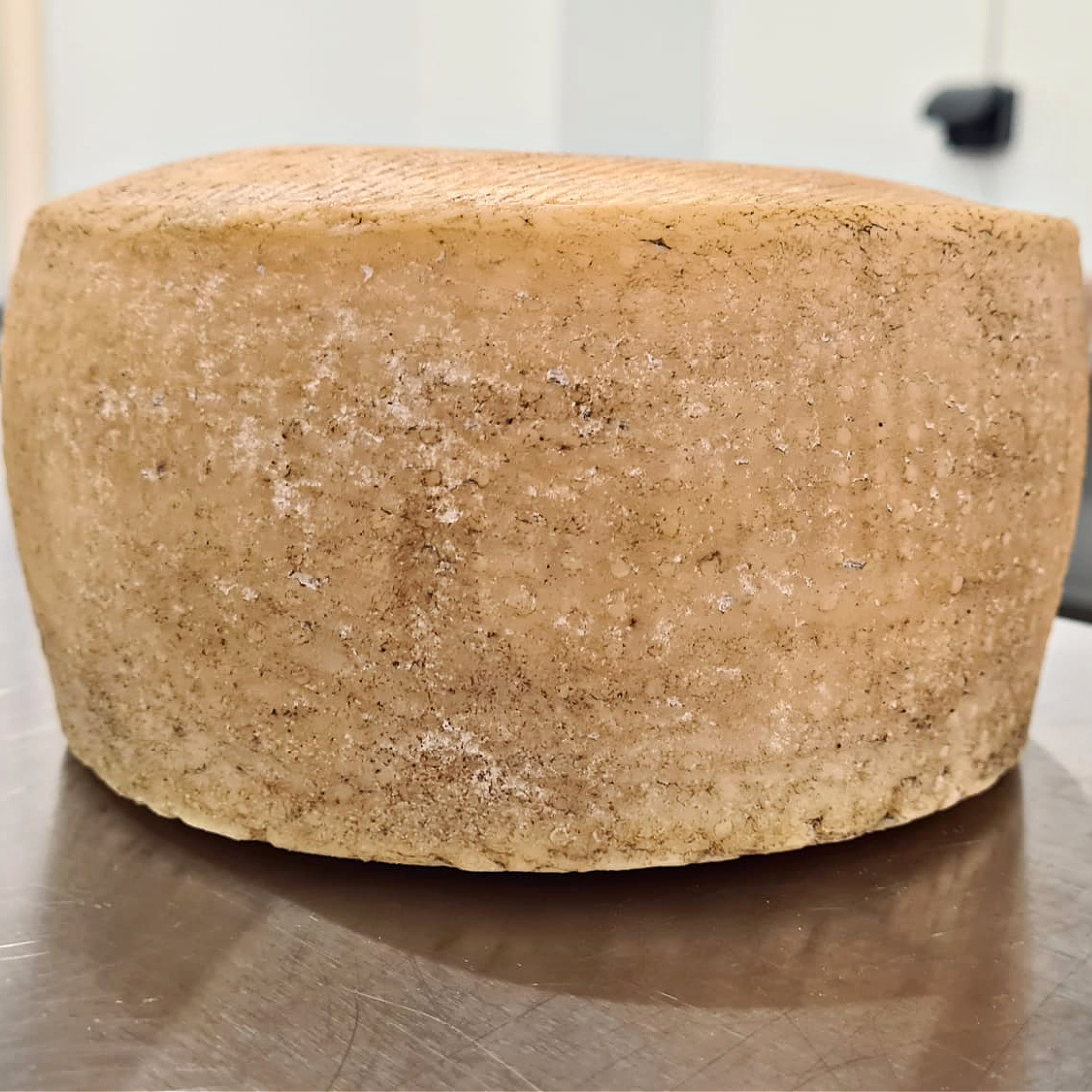 Jazz Reeves, Paxton’s quality manager, and her team of cheesemongers then mature Cullum, regularly brush down the moulds on it and turn the cheeses twice a week. During the second month of maturation, the cheese is rubbed weekly with locally sourced Cotswold Gold Rapeseed oil and brushed down to encourage even permeation of the oil. 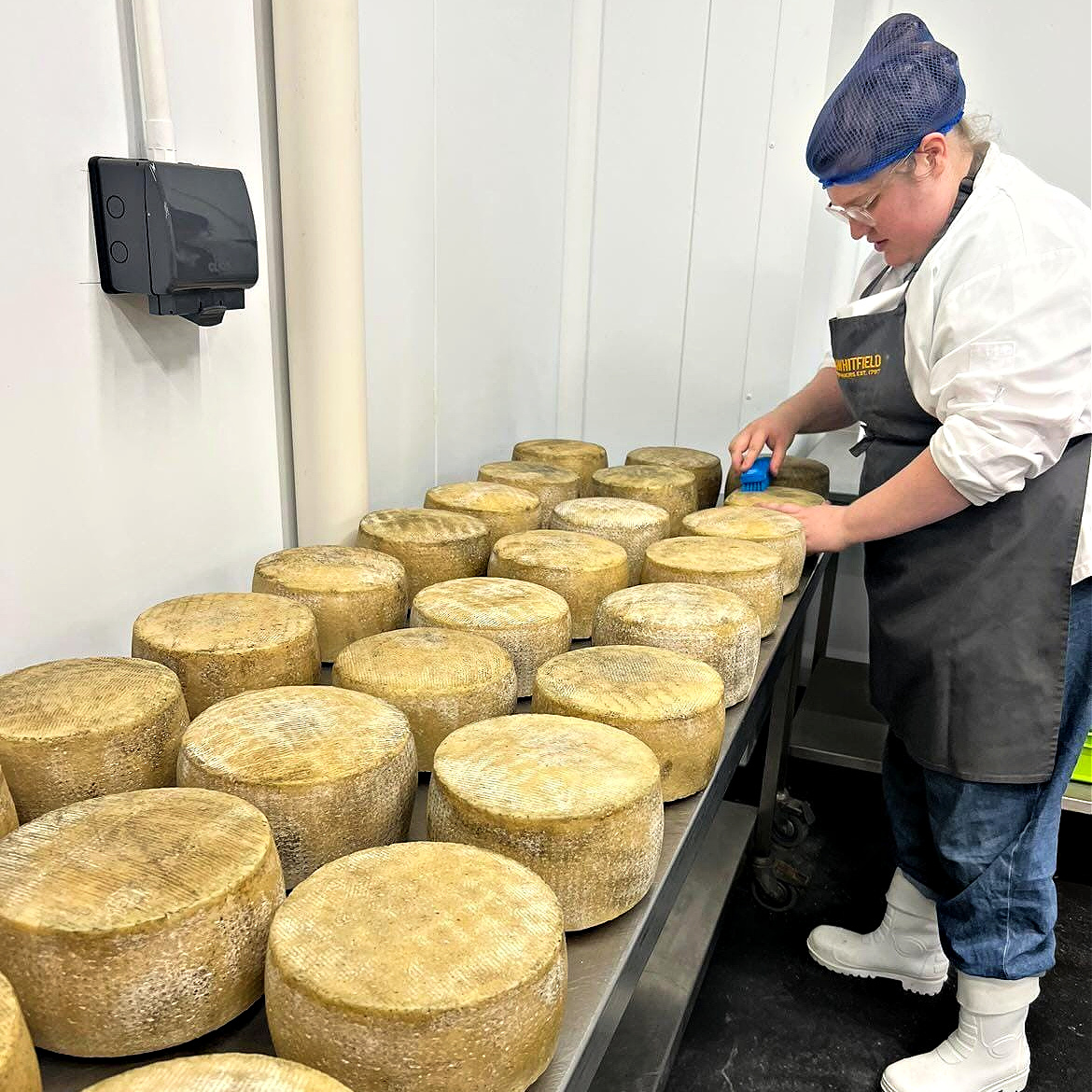 Jazz explains: “We have been in constant contact with the cheesemaker Martin Gott during the maturation of this first batch to refine the recipe and process. We assess the cheese organoleptically every week and we are delighted to release this first batch for sale and to continue the maturation of future batches ready for Christmas. The flavour of this first batch is bright and juicy. There is a fruitiness which is well balanced by savoury notes, with a subtle sweetness coming from the ewes’ milk. The texture is butter and smooth in the mouth, and very moreish.” 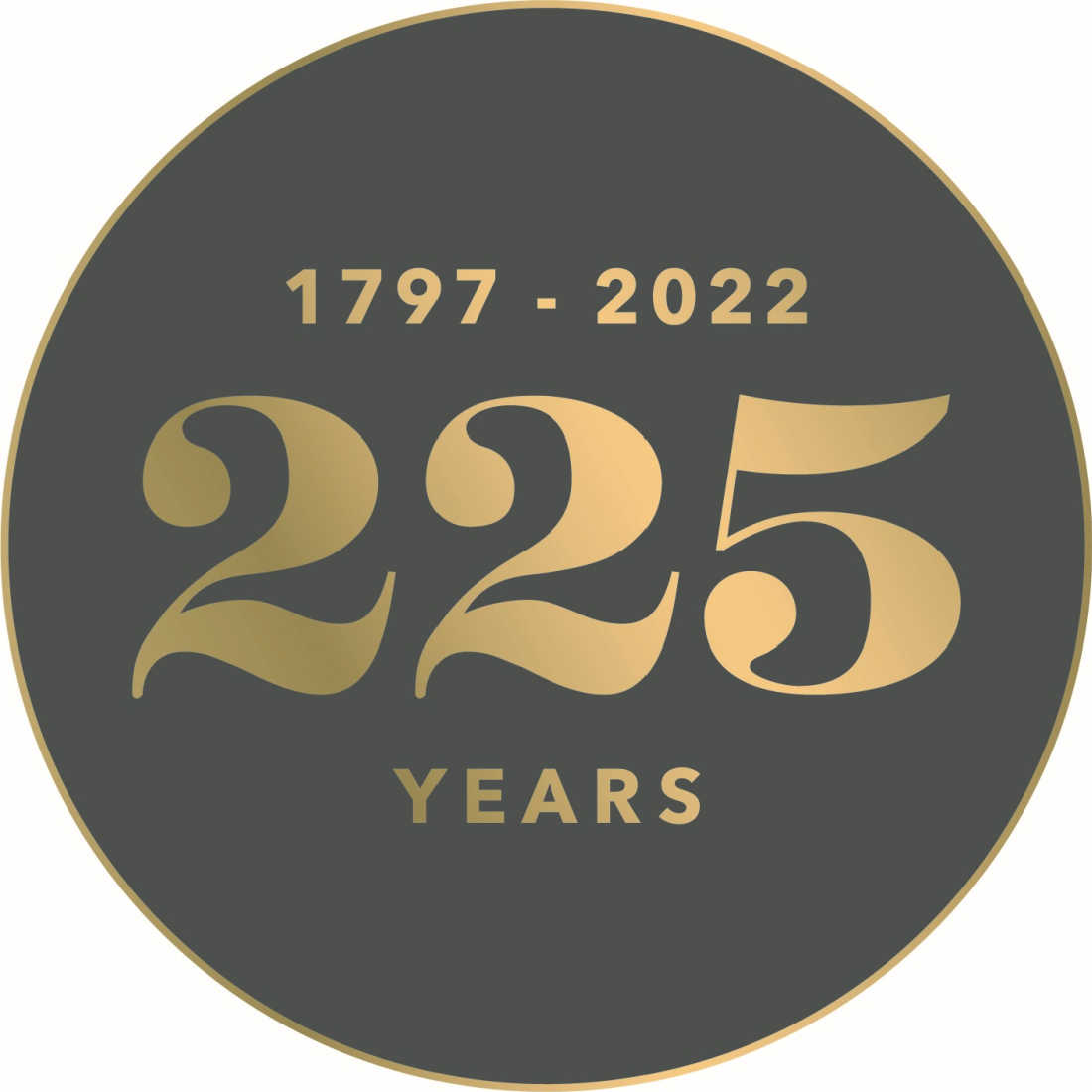 Released in celebration of the 225th Birthday of Paxton & Whitfield, it seemed only fitting that we named the cheese after the original founder of our business - Stephen Cullum who first started his cheese market stall in Aldwych in 1742.